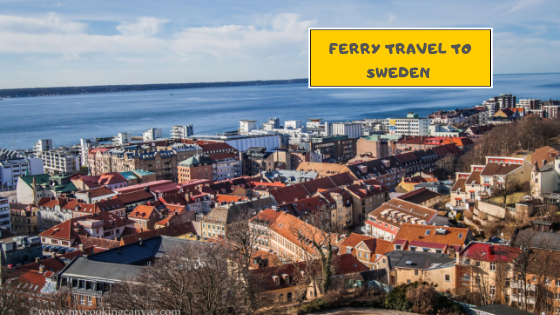 Ferry Travel to Sweden | 7 things to do In Helsingborg

Located on a beautiful bay on the coast of Sweden, Helsingborg is a city steeped in tradition and history, with remarkable scenic views. The disarrayed beauty of this city in Southern Sweden tends to make you fall unknowingly for it’s glamour.

Helsingborg in Sweden is a very quiet, nice and colorful place that mixes the style and the tranquility. A place to spend a relaxed weekend strolling on the streets. Here are the Seven things to do in Helsingborg , a historical city in Sweden.

During my visit to Copenhagen, Denmark I took a Ferry from Helsingborg (Denmark) to Helsingborg (Sweden) to spend a carefree Sunday. A mere 2.5-miles stretch of water from Denmark.

Things to do In Helsingborg

1. Karnan – the keep of Helsingborg

The 35mt tall Fourteenth-century brick tower is the only remaining part of Danish Fortress. The fortress was retaken by Danish forces in 1676 during the Scanian War, and its capture celebrated by flying a giant Flag of Denmark above it. Only in the Nineteenth century, Helsingborg got a new prosperity when the harbor was expanded and the railway constructed. It turned into a Relaxed Town where Danish come from Copenhagen to spend a joyful Sunday.

Don’t forget to take the stairs up to the top for spectacular views of the city. 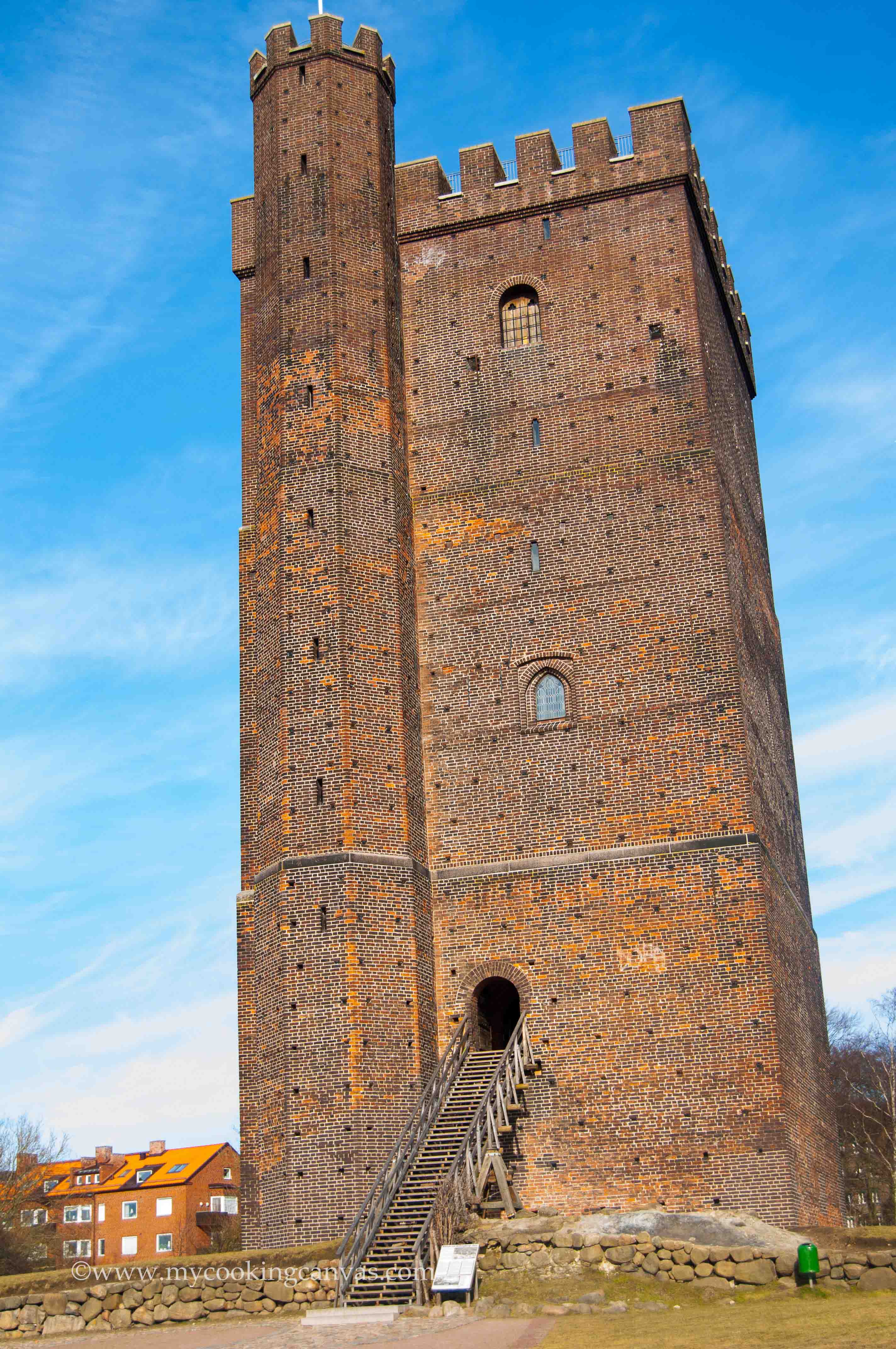 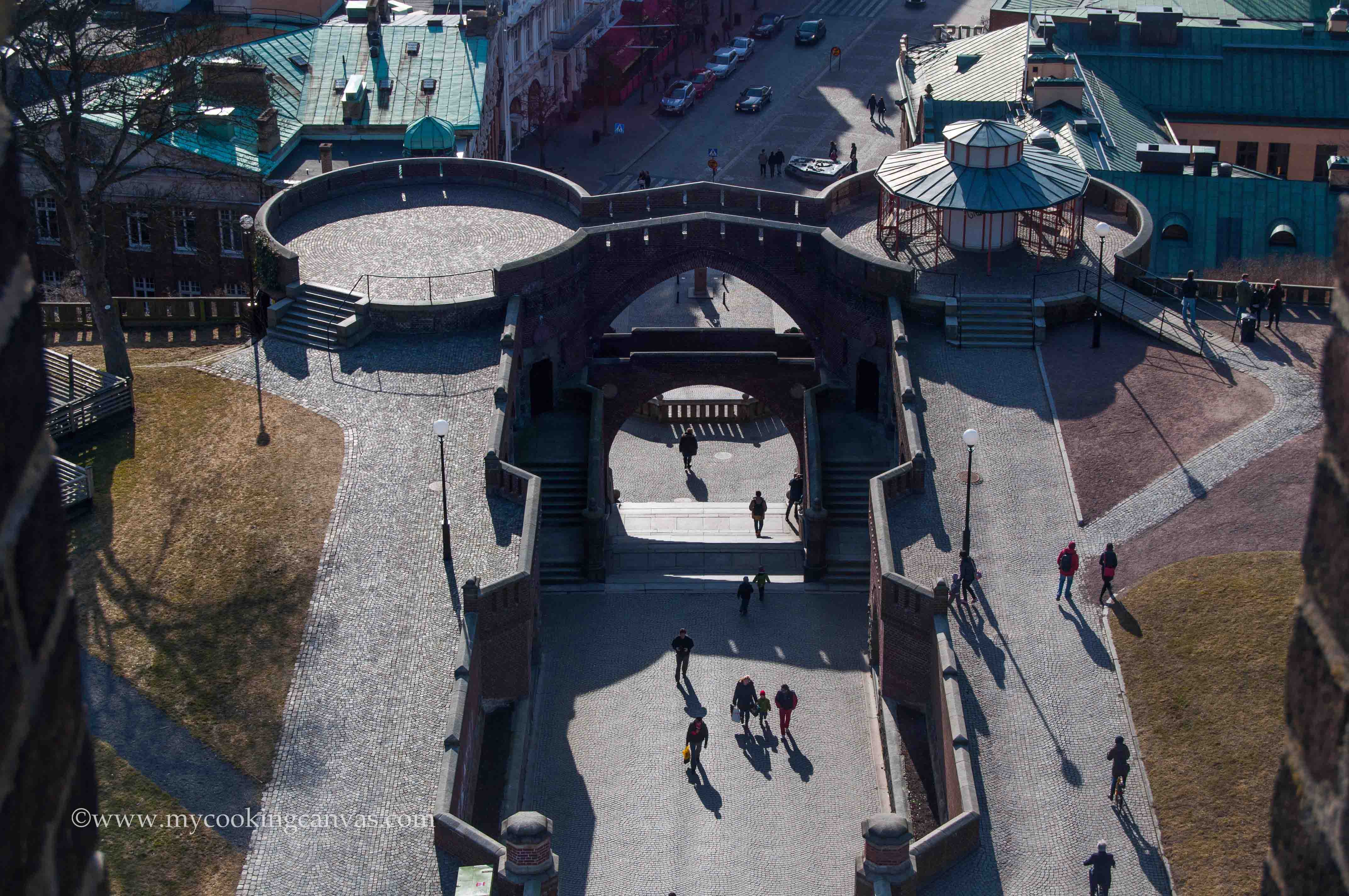 Radhuset is the city hall that was built in 1897 by Alfred Hellerstrom in neo-Gothic style.

Declared a listed building in 1967, the clock tower of this building is 65 meters high, and the façade is well decorated. The neo–Gothic style is an architectural style born in the middle of the 18th century in England. This style which got adopted in Europe brings great aesthetic pleasure to viewers. 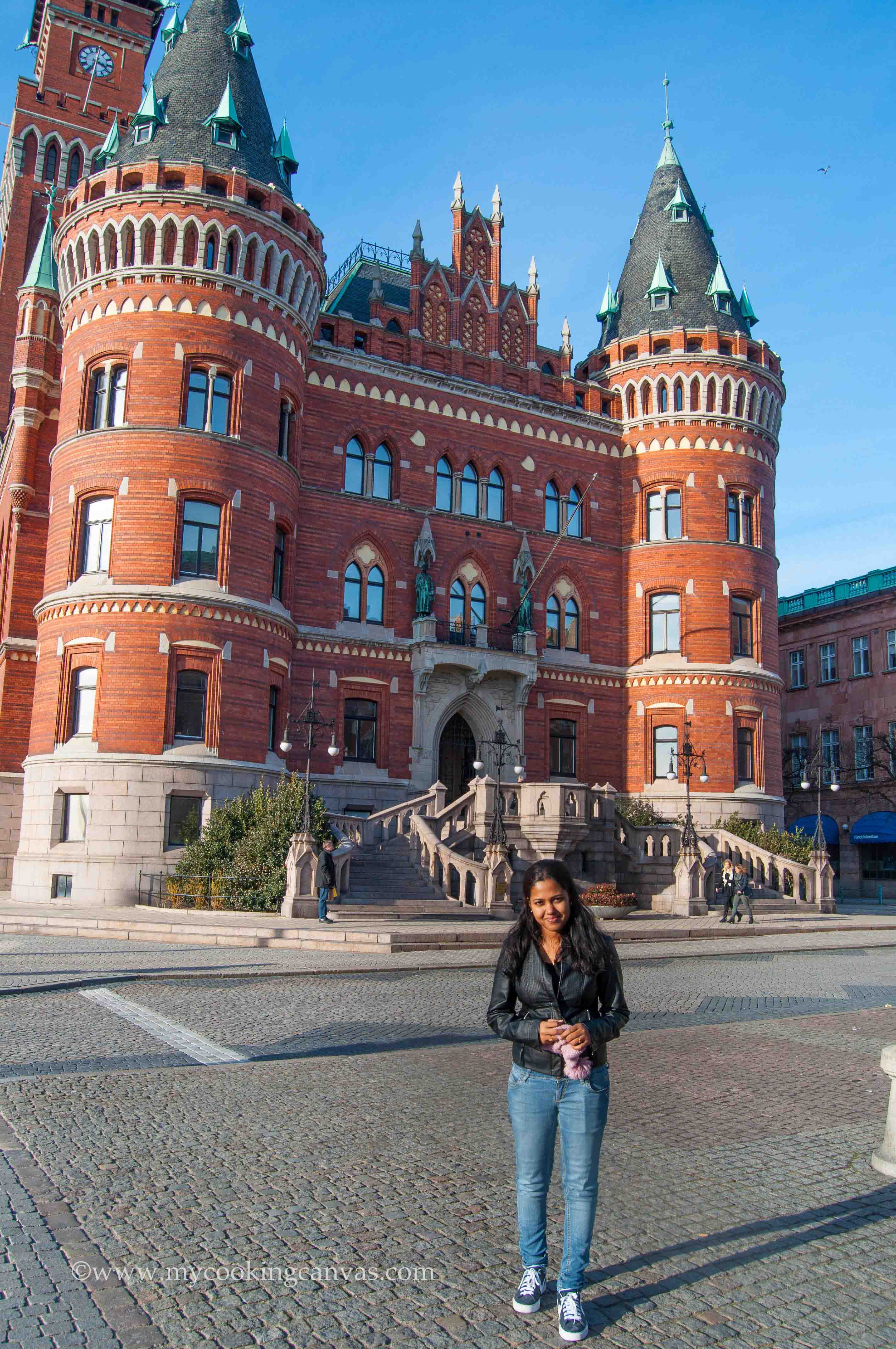 Outside Radhuset, there are two memorial stones erected by the Norwegians and the Danes.

part of Sweden has a rustic, yet sophisticated charm. A place that offers you a lot of options for shopping and place to relish food. I saw a couple of Indian Restaurants too. I settled in a Pakistani Restaurant for a tummy full lunch. The downtown area has boutiques and art galleries.

Off Stortorget, Helisngborg offers a sight of colorful houses of merchants from seventeenth centuries with quiet courtyards. 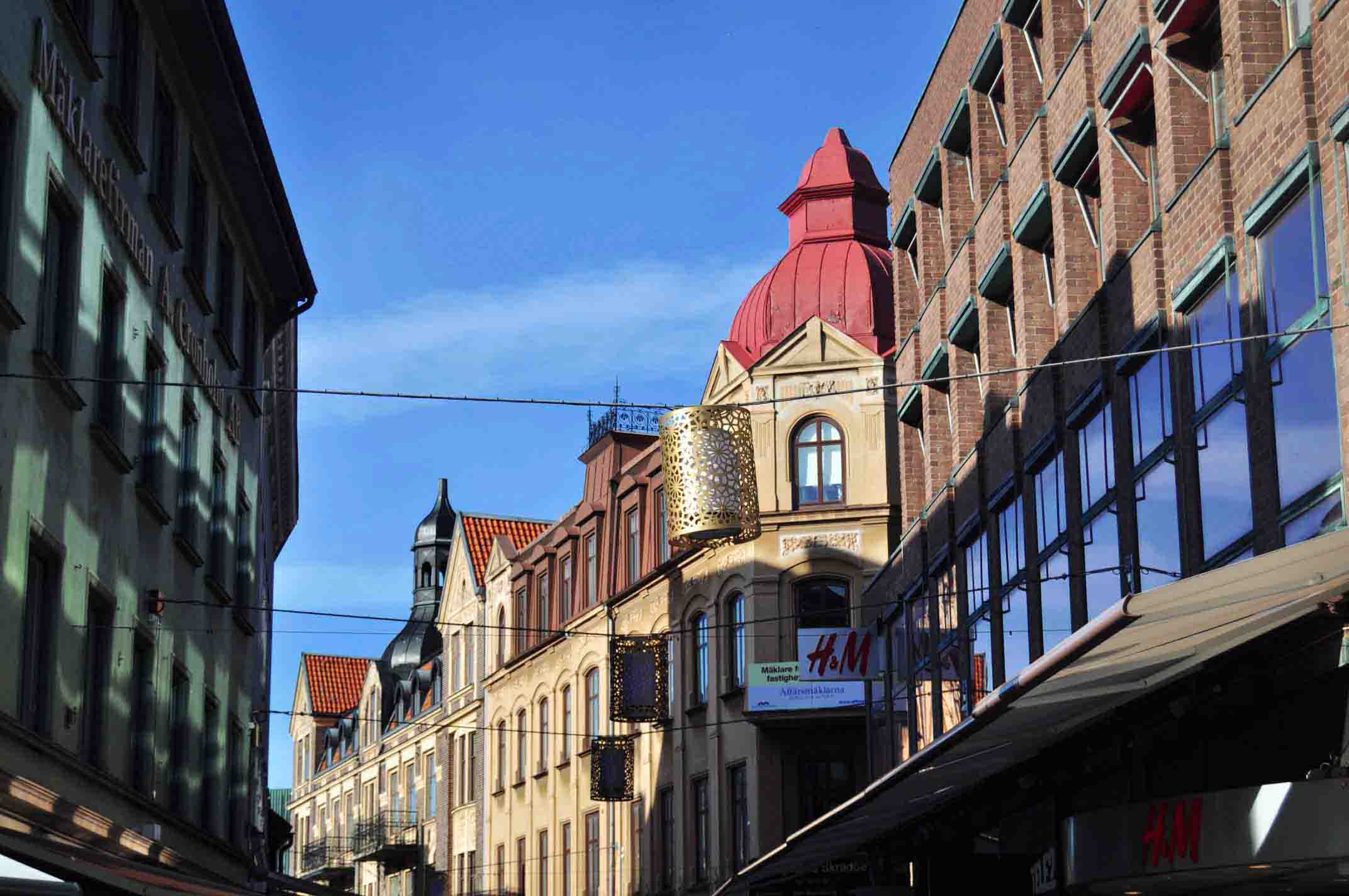 4. A Ferry Ride from Sweden to Denmark 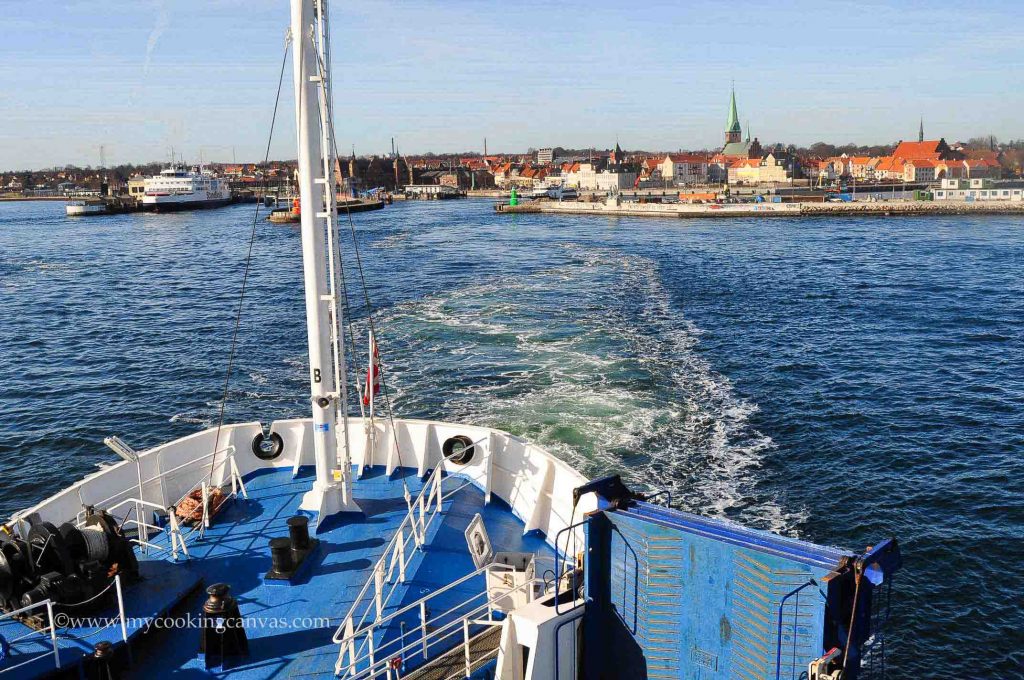 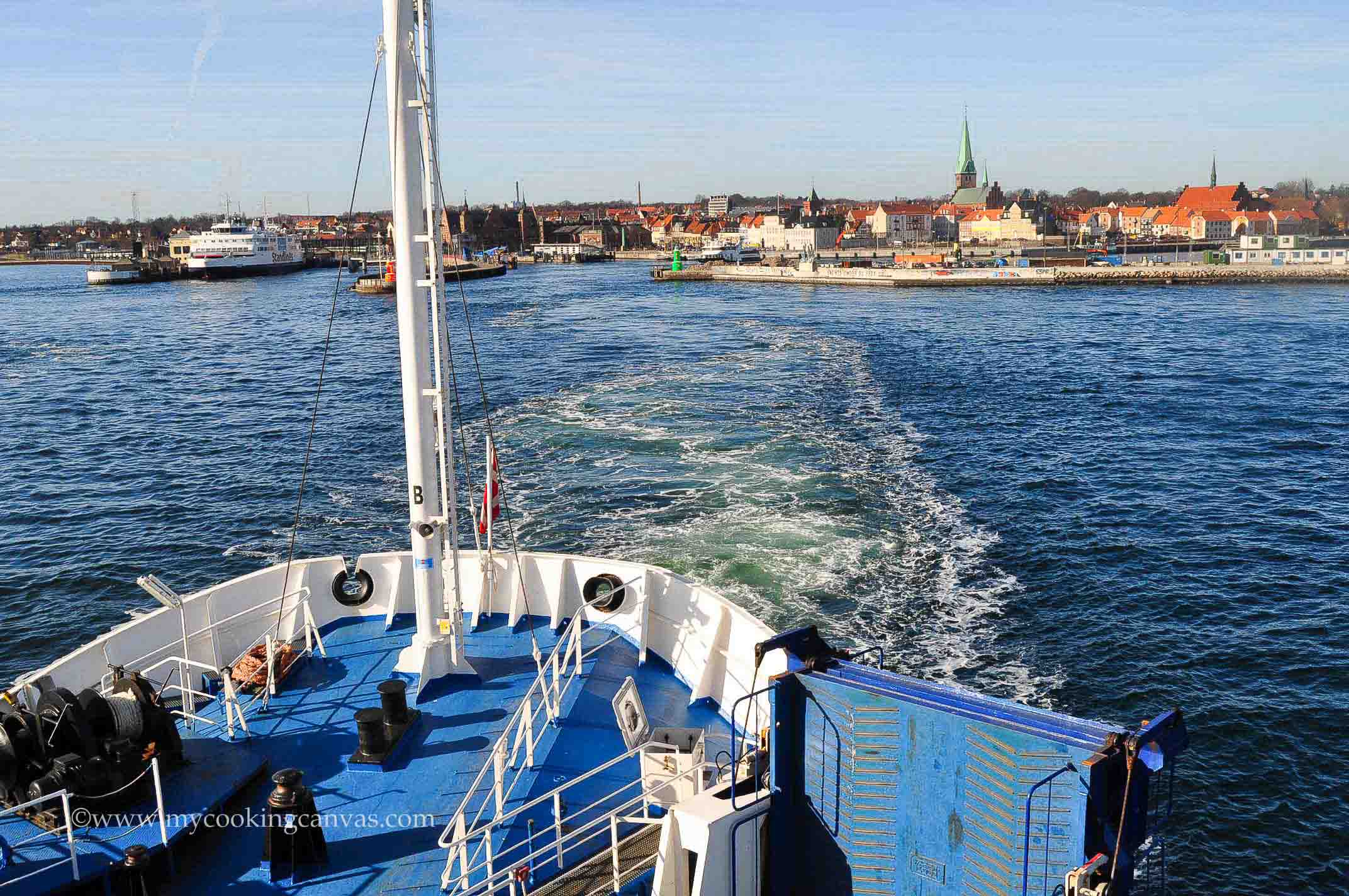 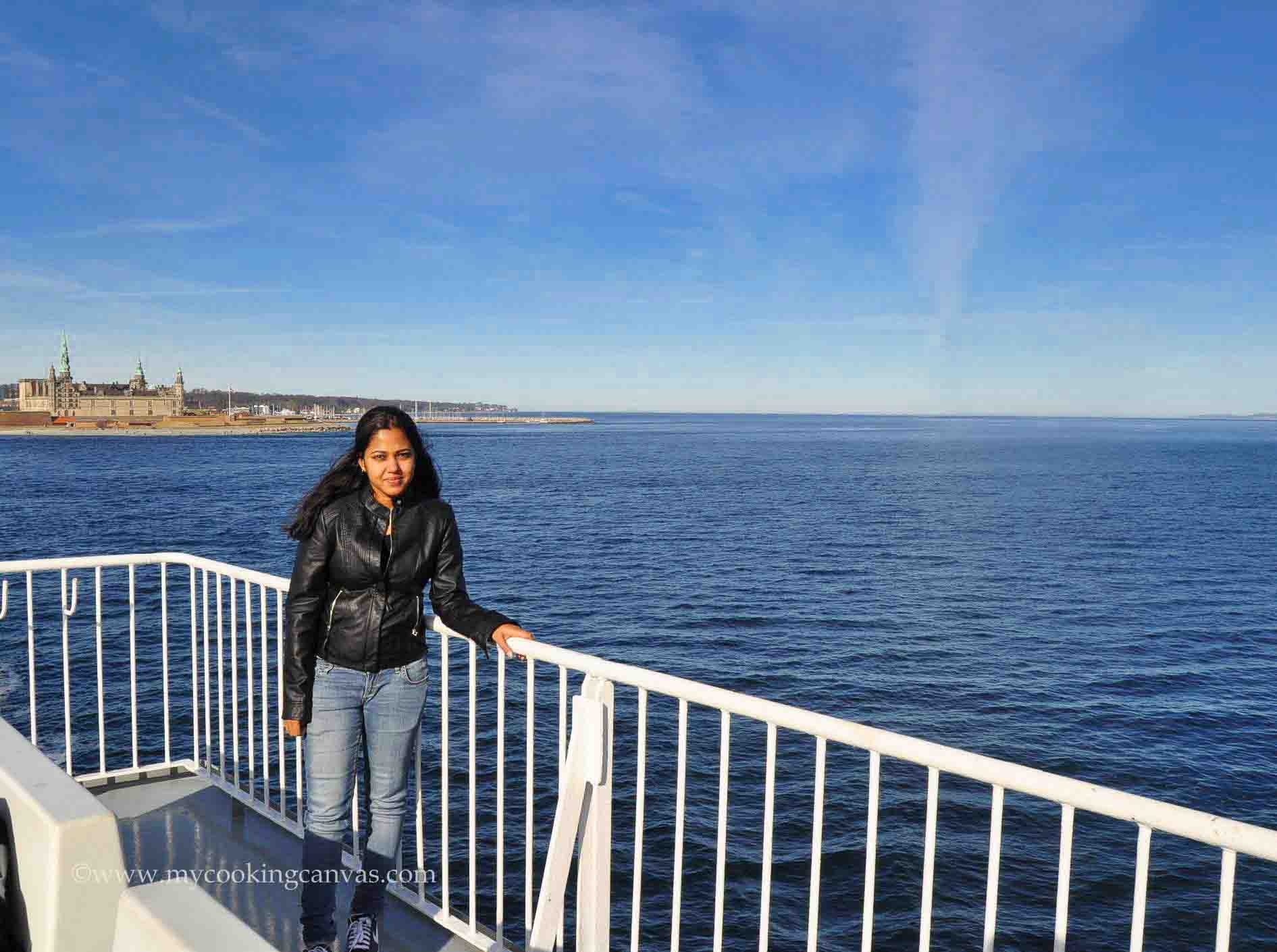 Don’t miss a ferry tour from Helsingborg to Helsinborg in Denmark. Every 20 minutes during daytime you will find one Ferry that will take you to Denmark.

The best part is the panoramic view of both the city at the same time when you are in the Ferry.

It was -2 degrees C when I dare to go to the ferry deck. The view was stunning. After a few photo clicks ,I did realize that I am gonna freeze soon. 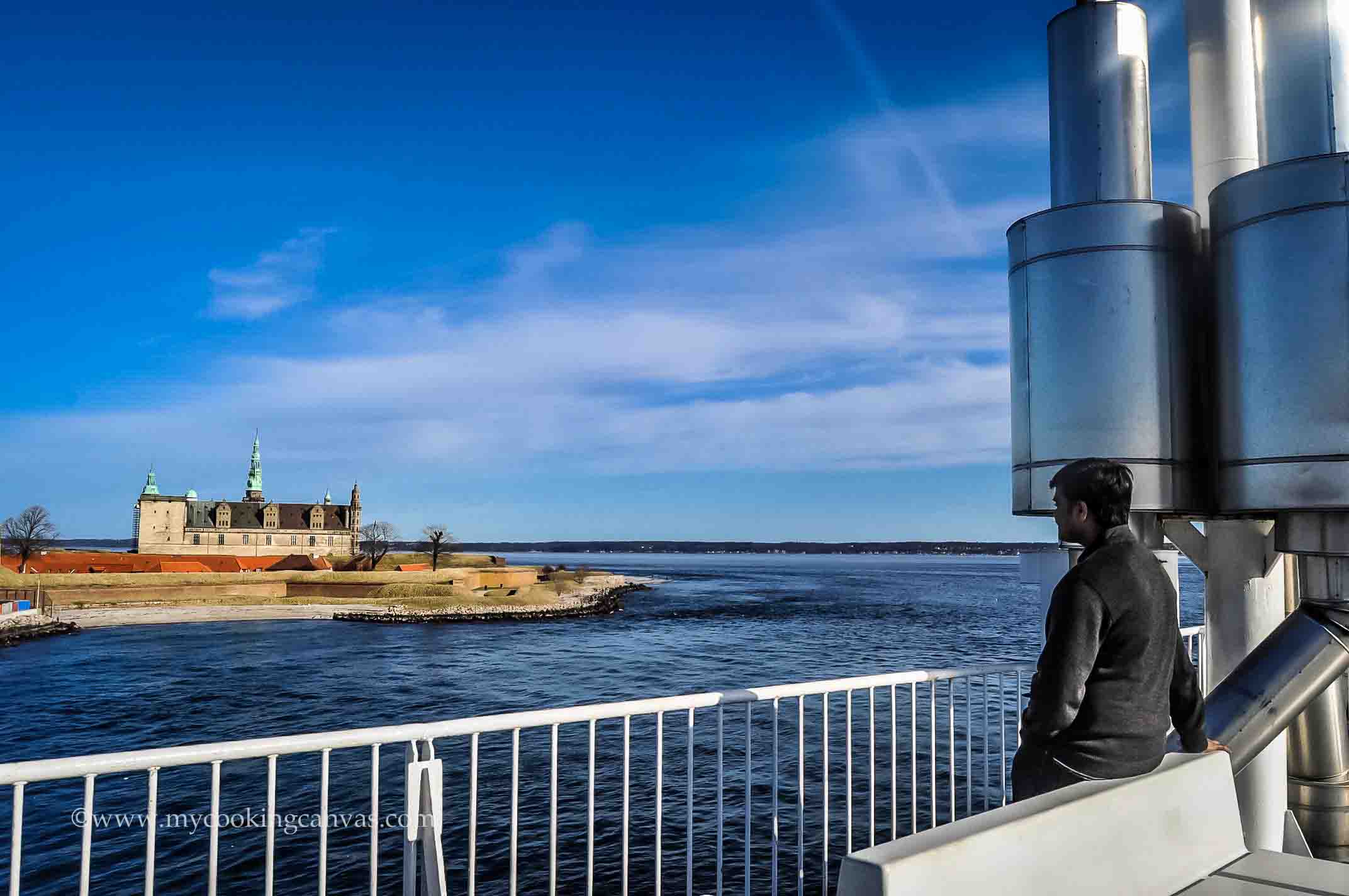 With its fascinating history and wonderful location, Sofiero Palace and Gardens is a must for a visit. Royal gardening heritage mixes happily with an innovative garden design. This place has something for everyone. A perfect picnic spot that offers amazing sea-view.

In addition to the beautiful park and gardens, there are interesting exhibitions, a well-stocked gift shop, the Sofiero Flower & Garden Shop. It is located 5 kilometers north of Helsingborg. You can take a very short bus ride up the coast.

Sofiero’s history began in 1864 when Crown Prince Oscar and his wife, Sophia of Nassau, visited the “Pearl of the Sound” – Helsingborg. The young couple was enchanted by the beautiful views and the proximity to Denmark. Hence they built their summer residence, Sophie-Ro. Princess Margareta, who grew up among the magnificence of traditional English gardens had a well-developed sense of color and form. With her expertise in gardening, she involved herself in the creation of Sofiero’s flowerbeds. 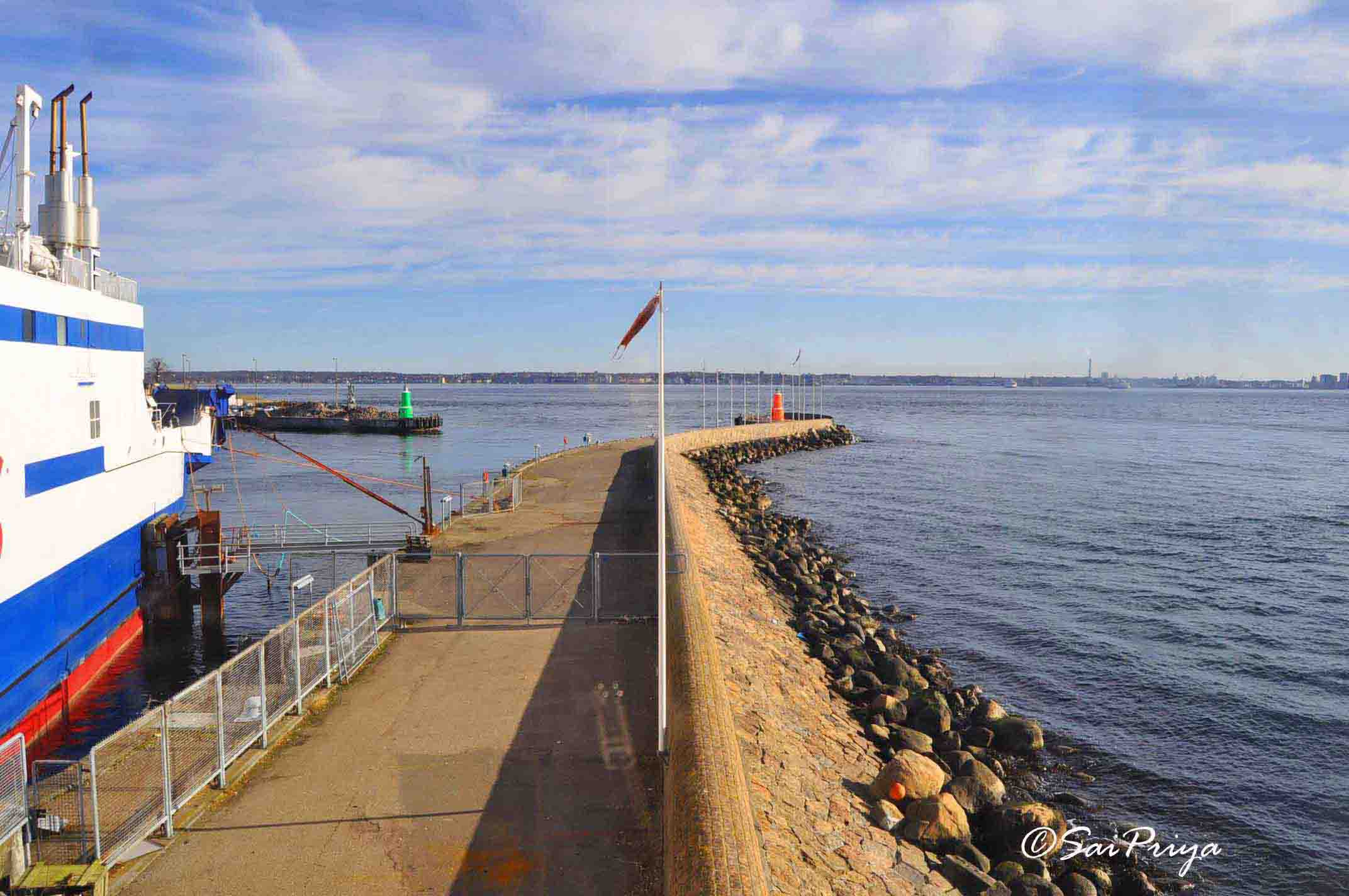 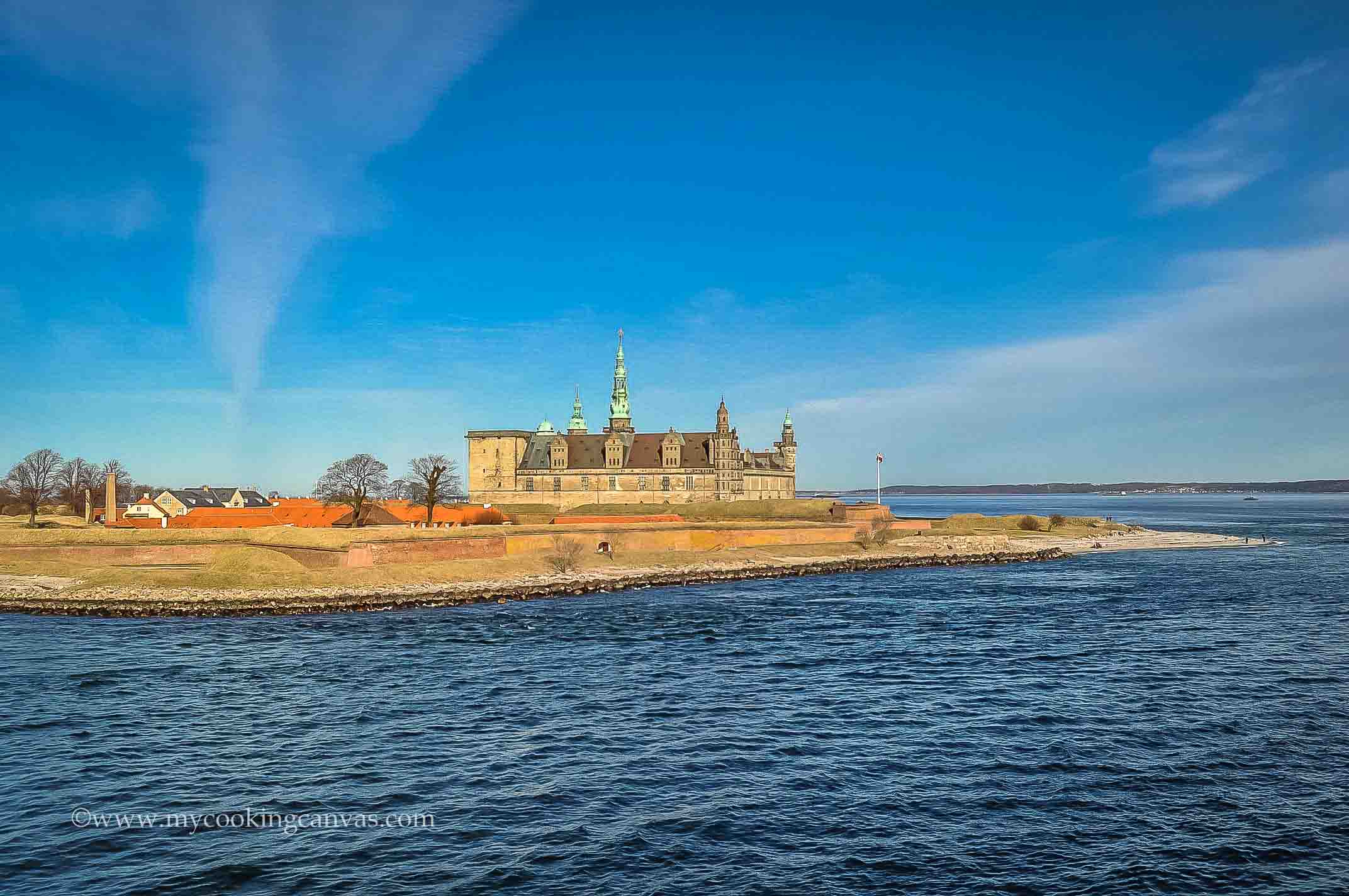 It is one of Europe’s finest Renaissance castles which is  world-famous as Hamlet’s and Shakespeare’s castle,

The Kronborg contains great art treasures and world-class architecture. From the sixteenth to the eighteenth centuries, Kronborg Castle played a key role in the history of Northern Europe. It is located north of Elsinore on a deliberately important site commanding the Sound (Øresund), a narrow stretch of water between Denmark and Sweden.

In the year of 2000, it has been added to UNESCO‘s World Heritage Sites list.

Krone B is the restaurant of Kronborg. It serves traditional Danish food with a focus on local products in season.

7. Kullagatan , Things to do In Helsingborg

Kullagatan, the Shopping street of Helsingborg. It runs between the main square Stortorget and Sankt Jörgens Plats. It’s a delight to take a walk on this pedestrian street overlooking cafes and boutiques. 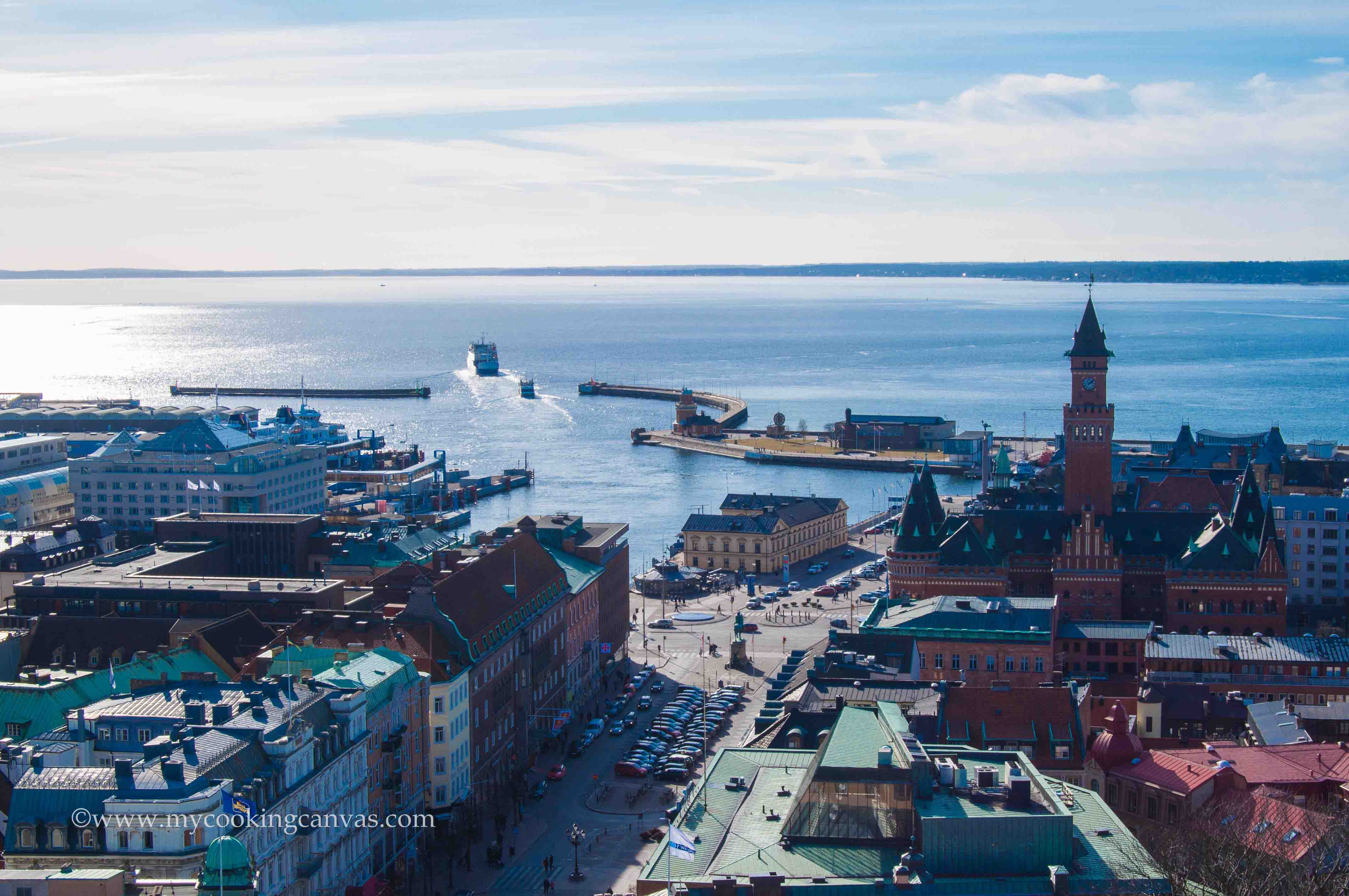 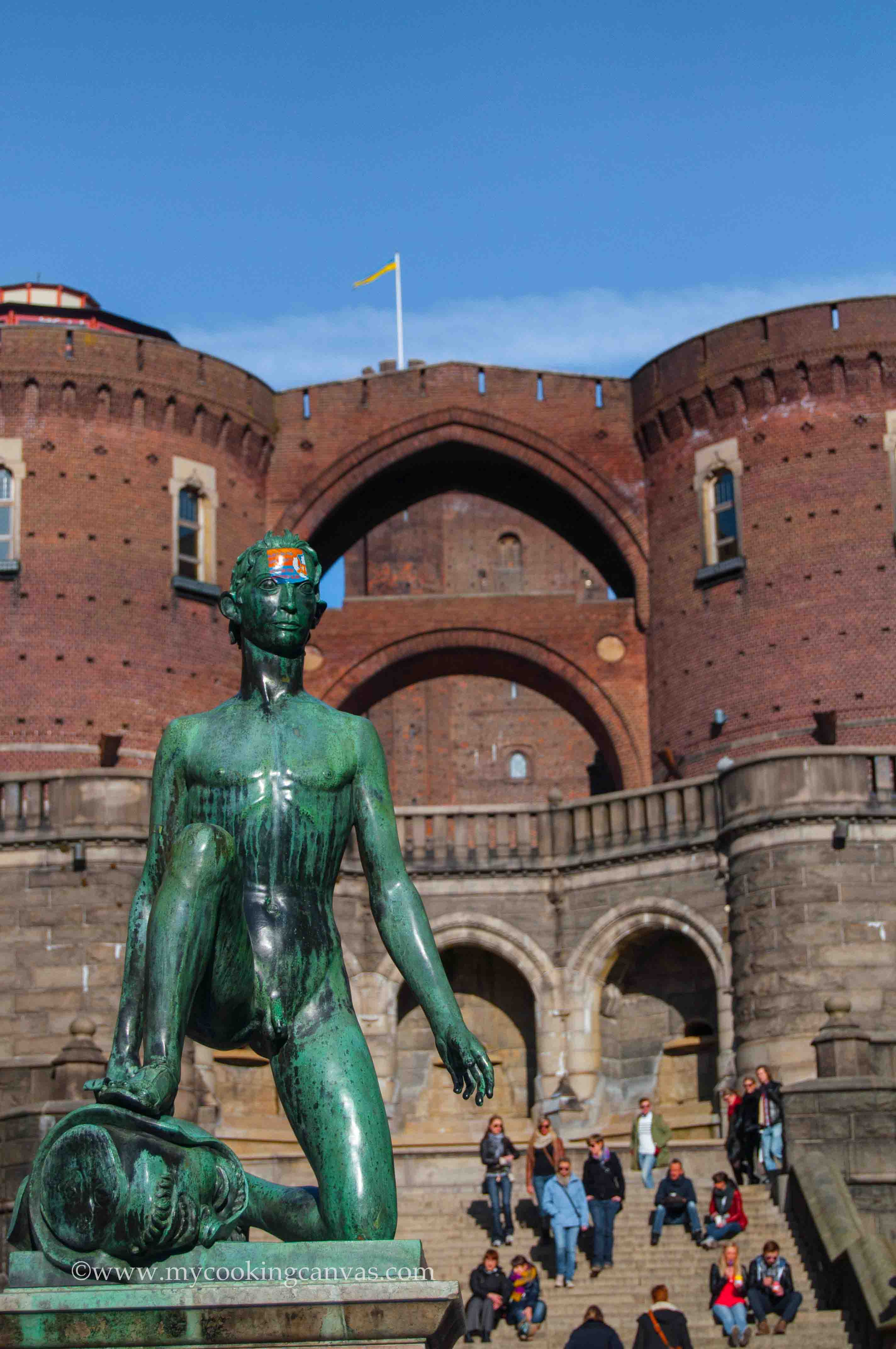 Evolve The Joy of Monsoon at Evolve Back Resorts ,Coorg | Monsoon Travel Story

Kurumba Village Resort, A Luxury Property in the lap of Bakasura Mountain