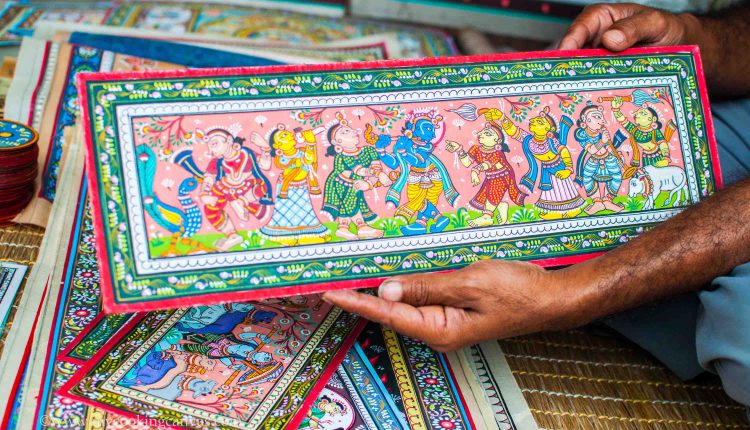 Pattachitra, the oldest traditional art of Odisha has become the identity of this land for more than a decade. The birthplace of this art is Raghurajpur, a Heritage Village of Odisha.

Raghurajpur village is gifted with the proficient artists.They have the skill of narrating Hindu mythological pictorial stories through their vibrant paintings on palm leaf. 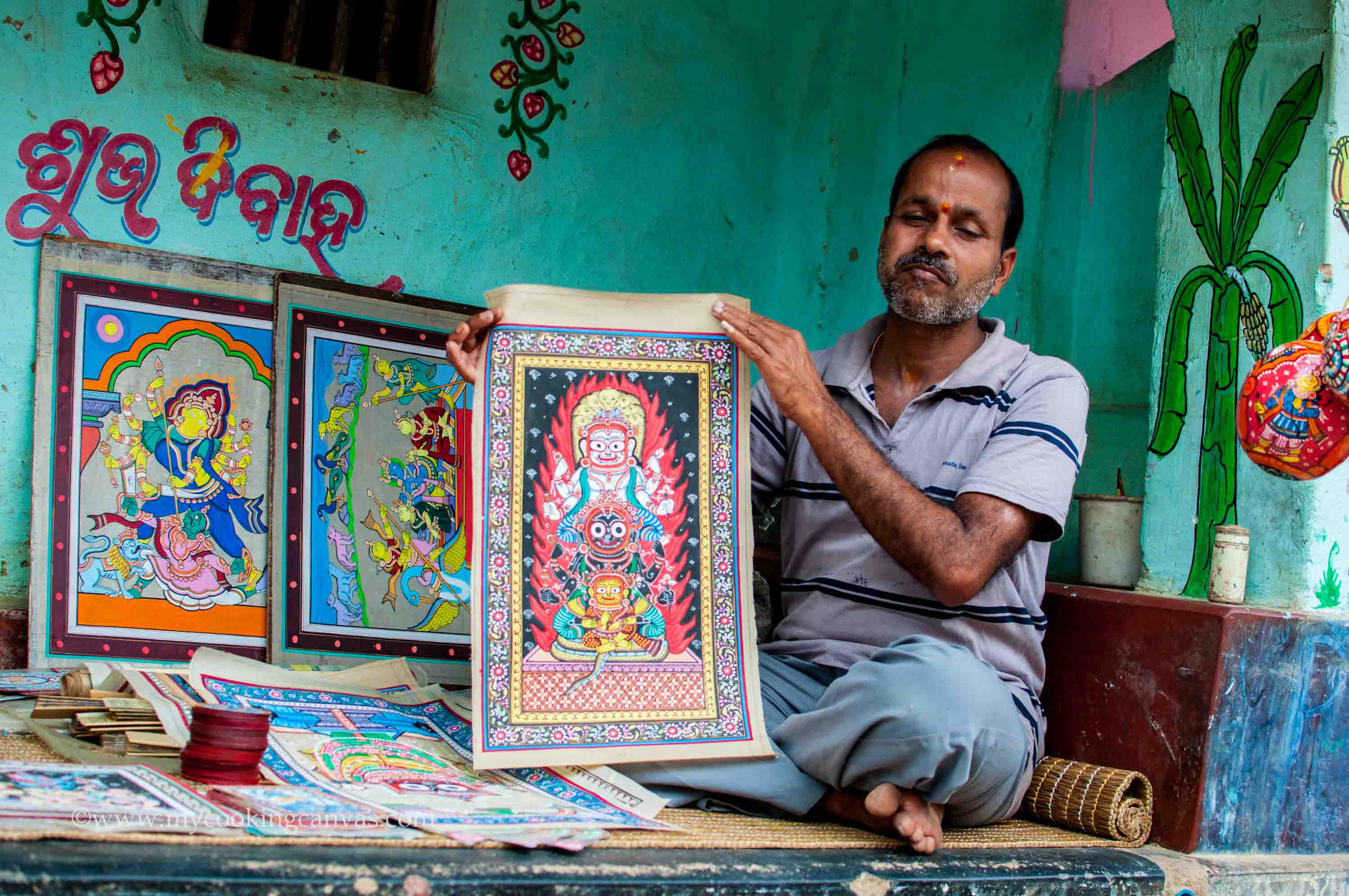 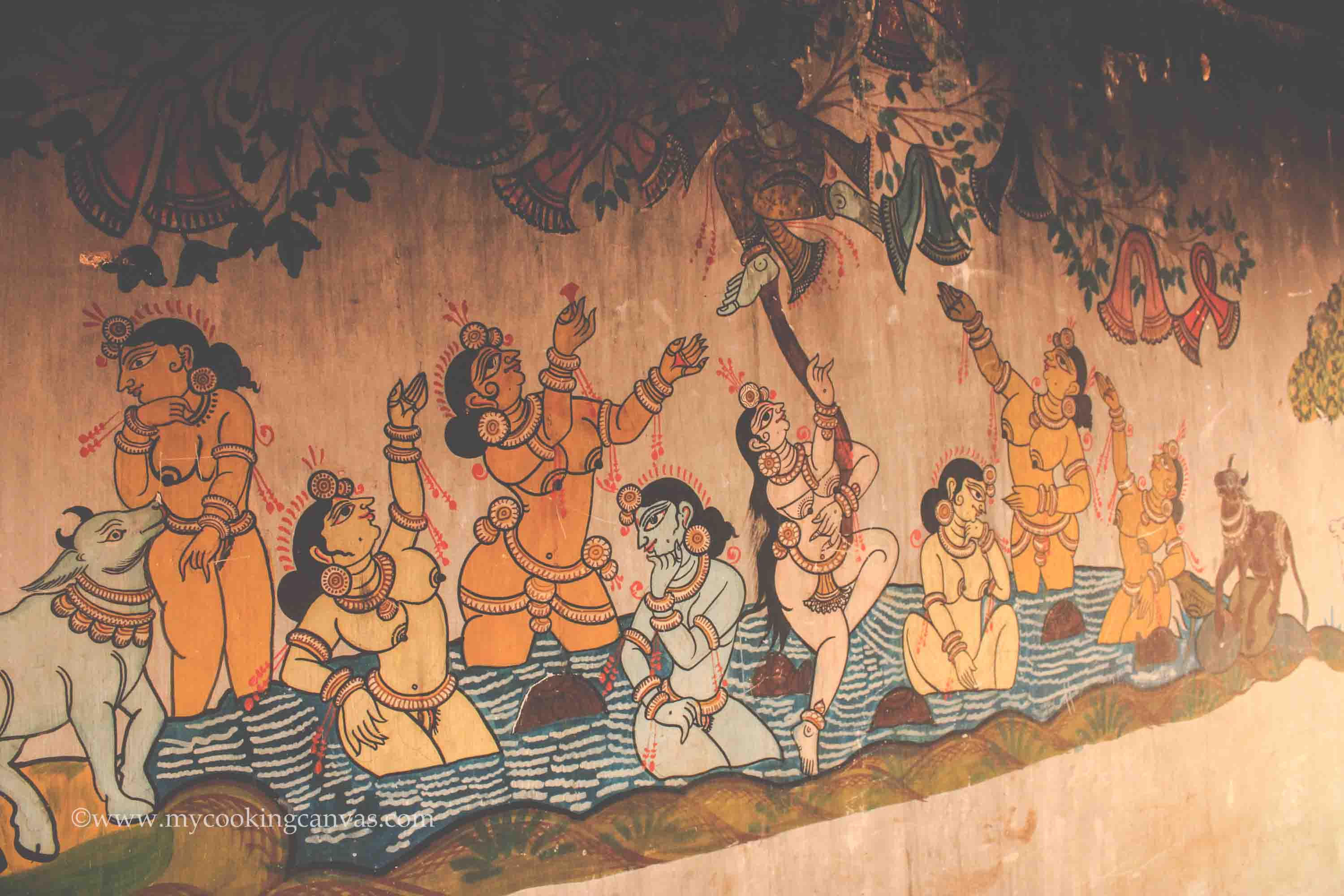 What is PattaChitra (Heritage Village of Odisha)

Pattachitra is a disciplined art-form is one of the most ancient art-forms of Odihsa.

The name evolved from Sanskrit words “patta” & “chitra” which means canvas and picture.The traditional patta paintings are painted on the cloth with a lacquered hard surface. 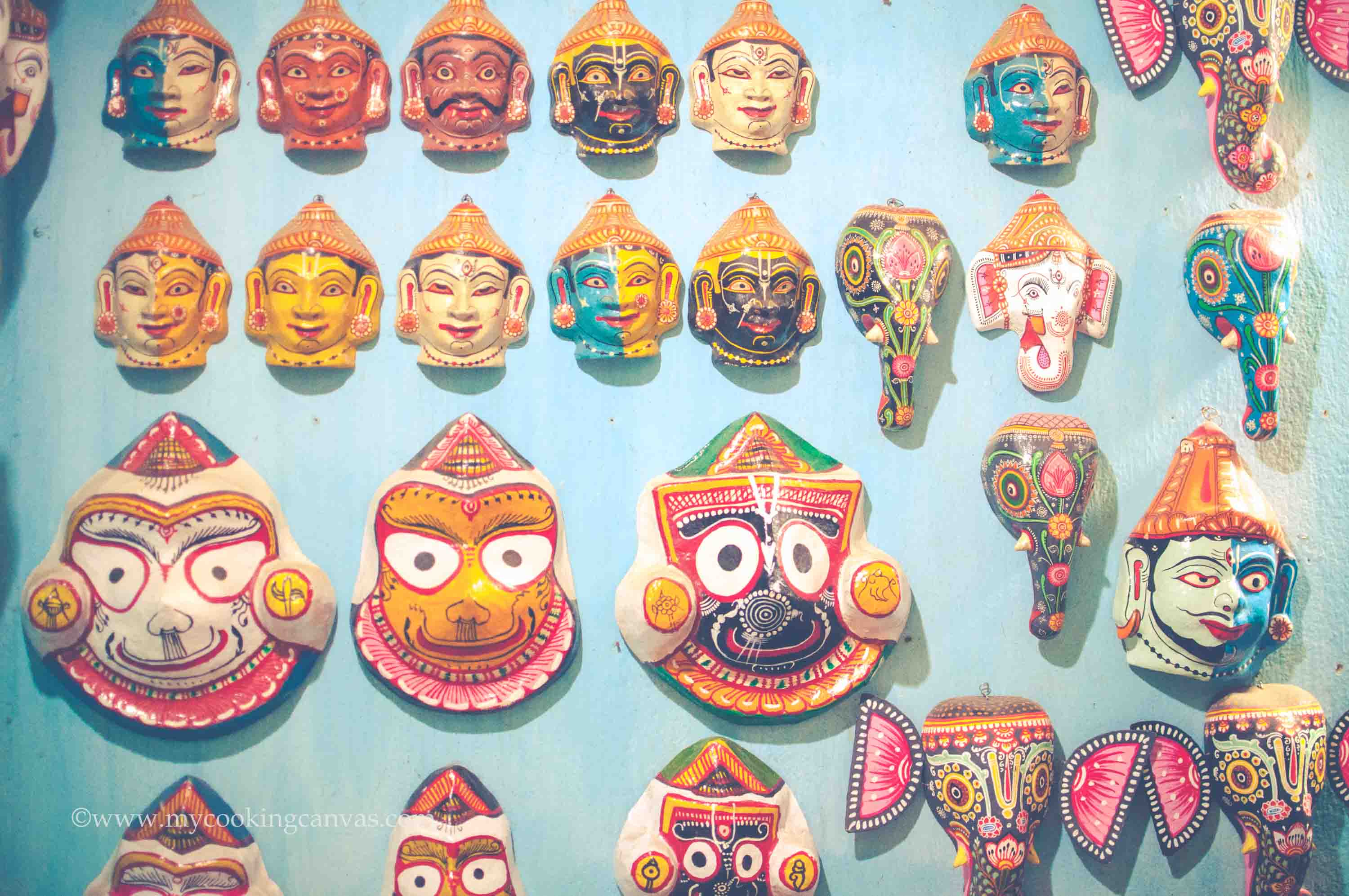 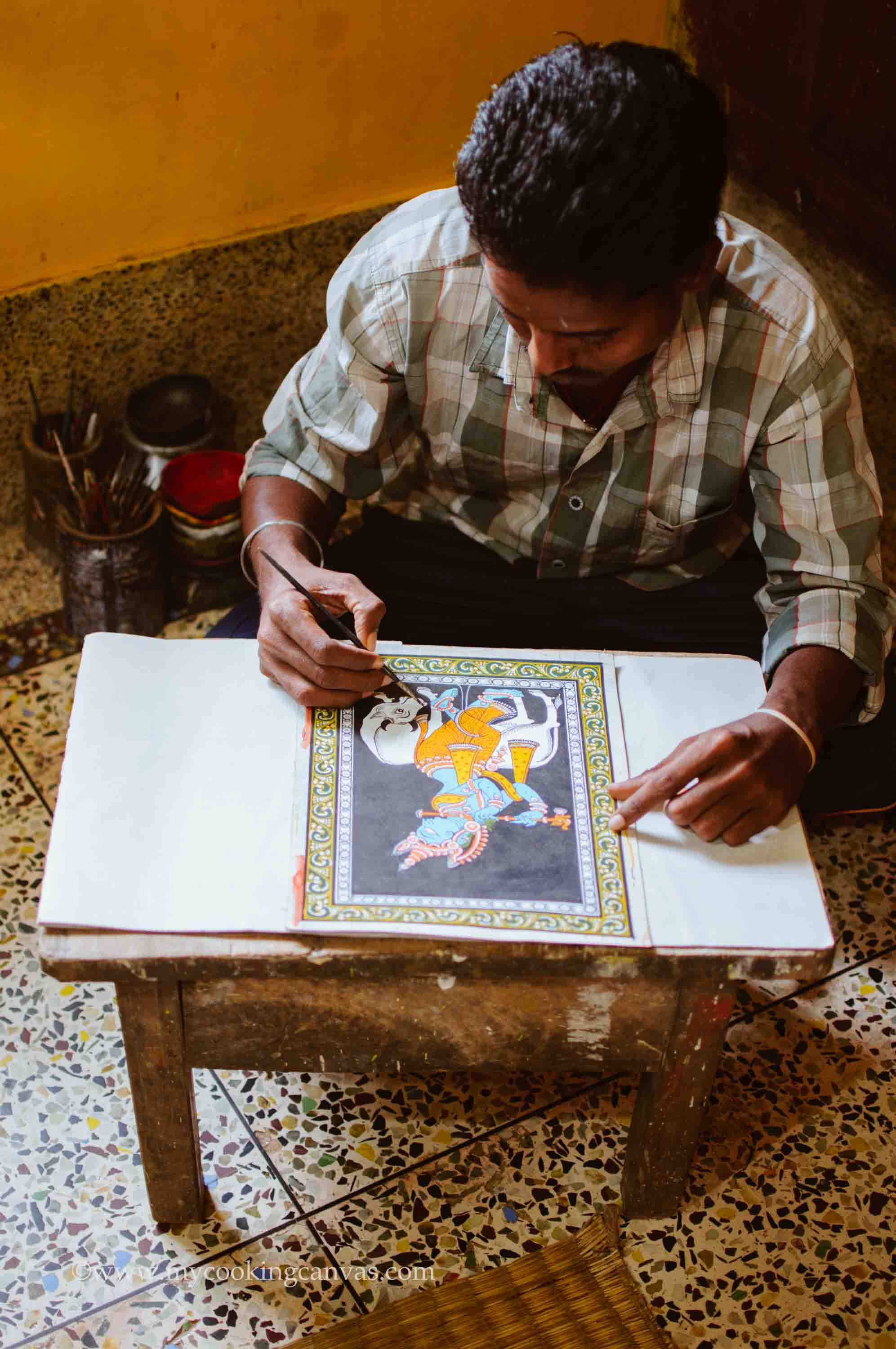 Artists who practiced this traditional art are known as Maharanas or Mahapatras. Mostly in a family women prepare the canvas by coating old cotton sarees with mixture of powdered limestone and gum made from tamarind seeds.They too prepare the colours.. black from lamp-black , red from a stone “Hingula” ,yellow from “Haritala” stone, white from conch-shells,blue from indigo & green from leaves.

And they use the same old hazardous method to prepare the colors with lots of patience.The master hand,mostly men folk work on the paintings.

In the final glazing process ,a lacquer coating is applied on the painting to protect it from weather. 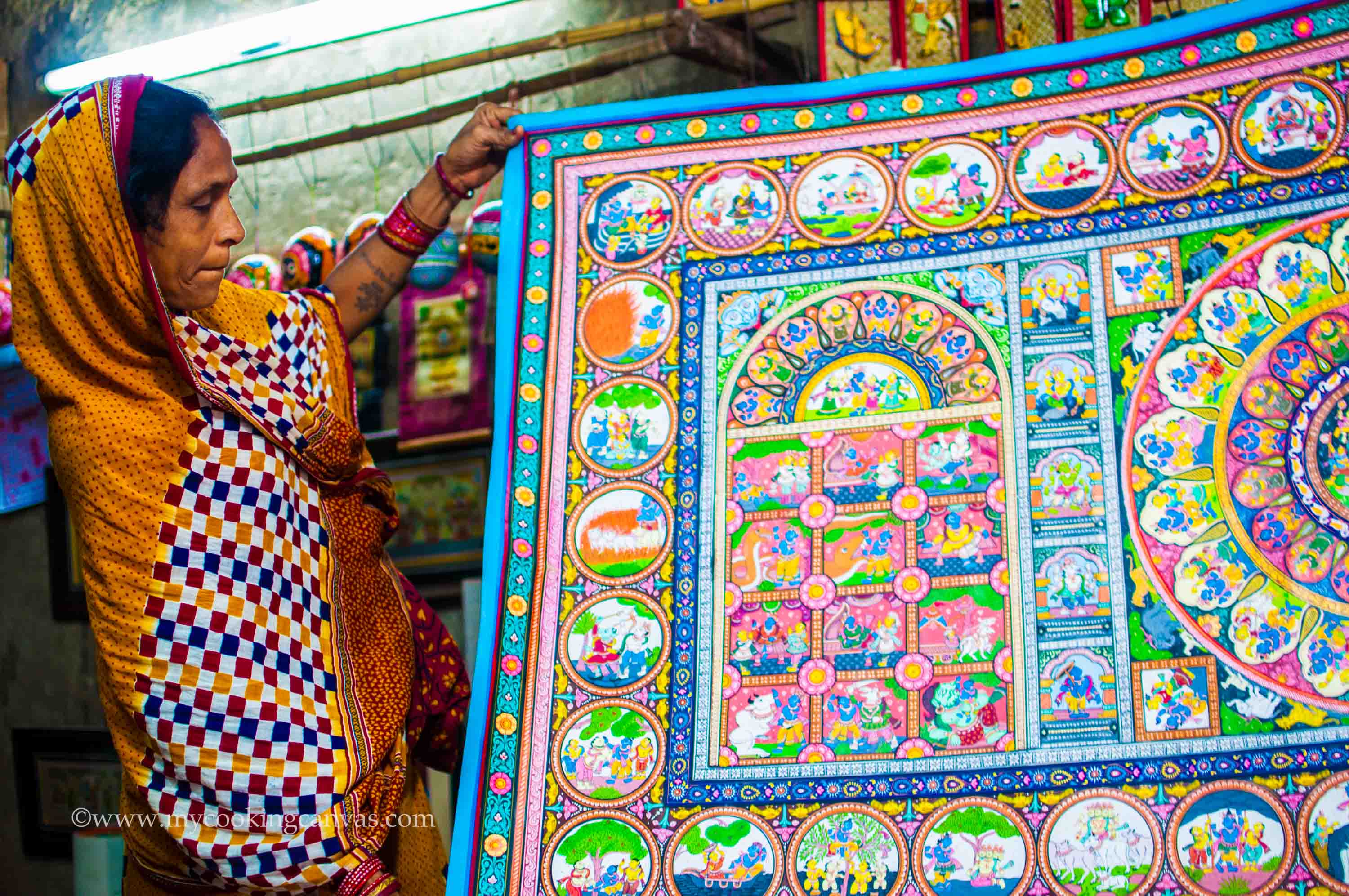 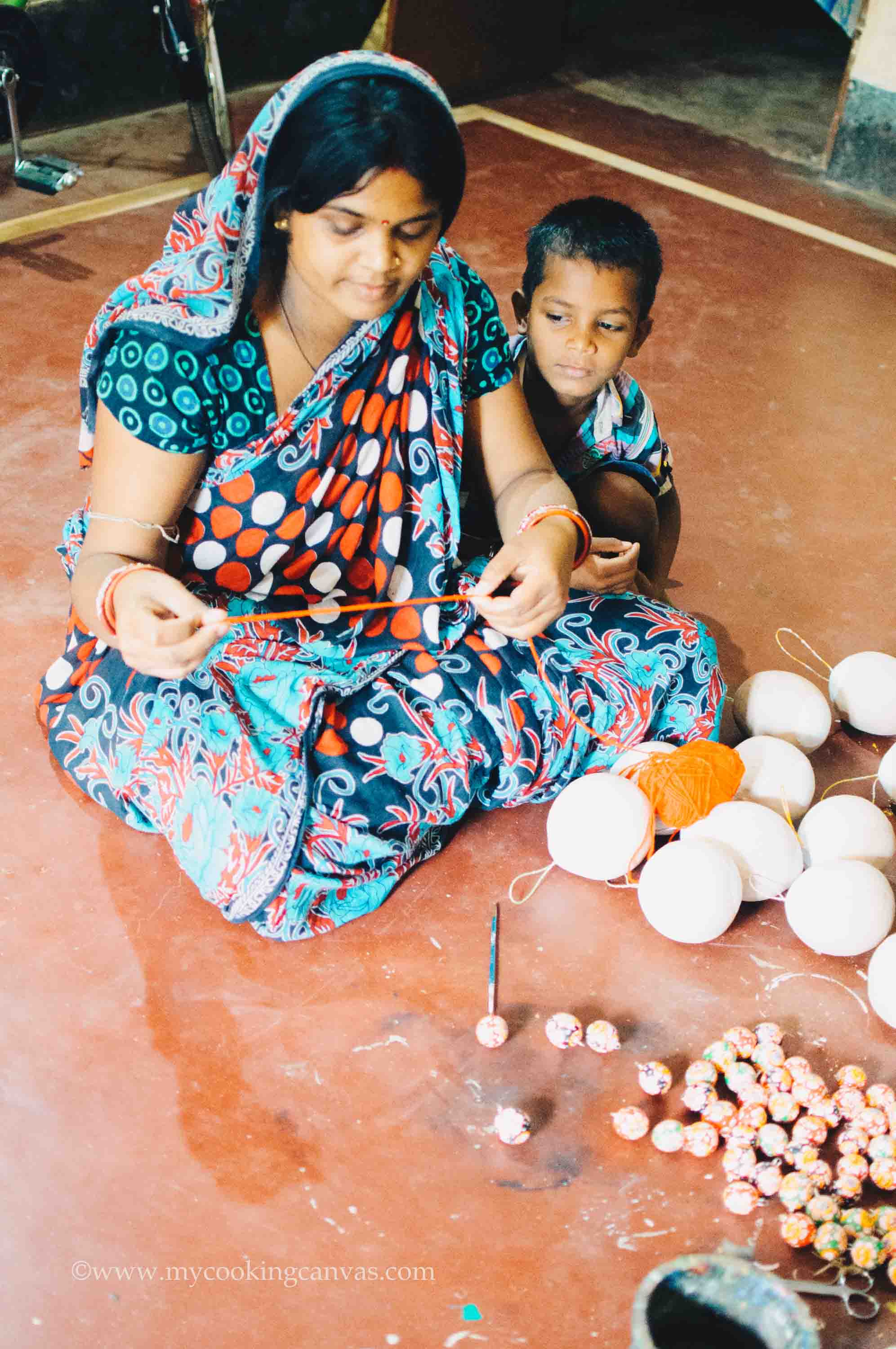 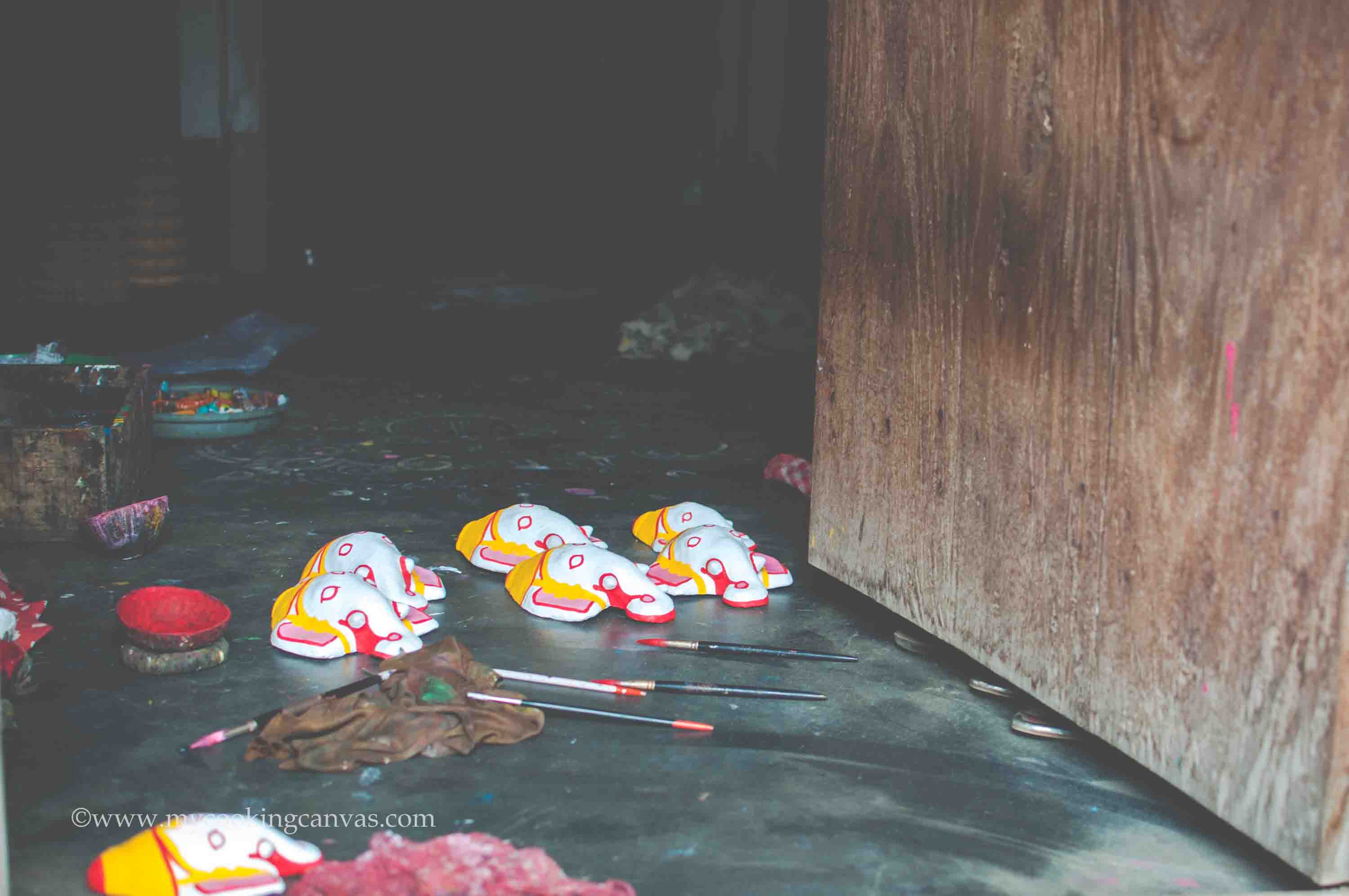 My Visit to Raghurajpur, Heritage Village of Odisha

As I entered this picturesque village on a Sunday morning, first thing that took my breath are the beautiful paintings on every house wall.

A number of temples which in a row divides this village into two part.Beyond are tall coconut trees which has grown in stature with the growing prosperity of the village. 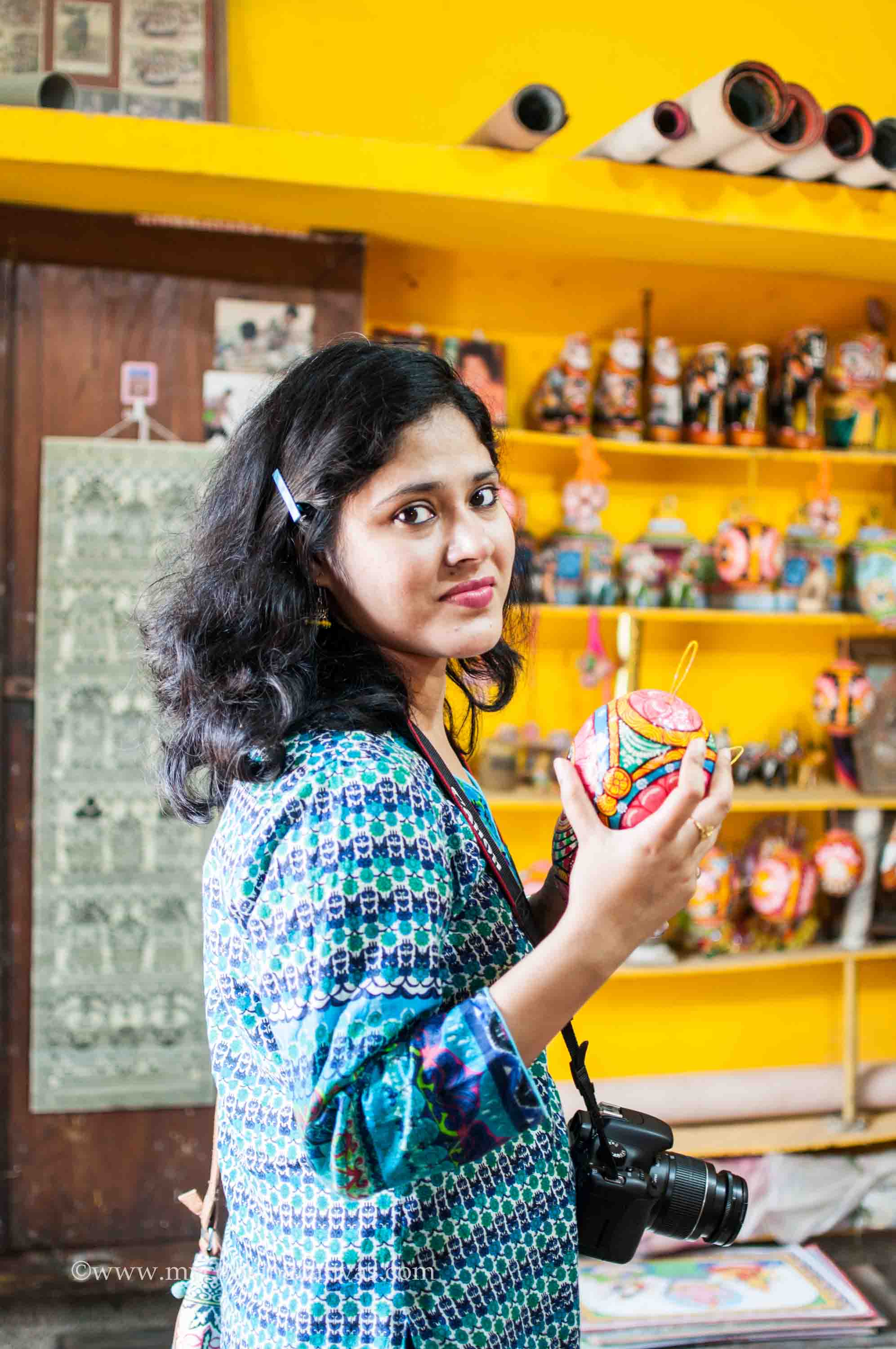 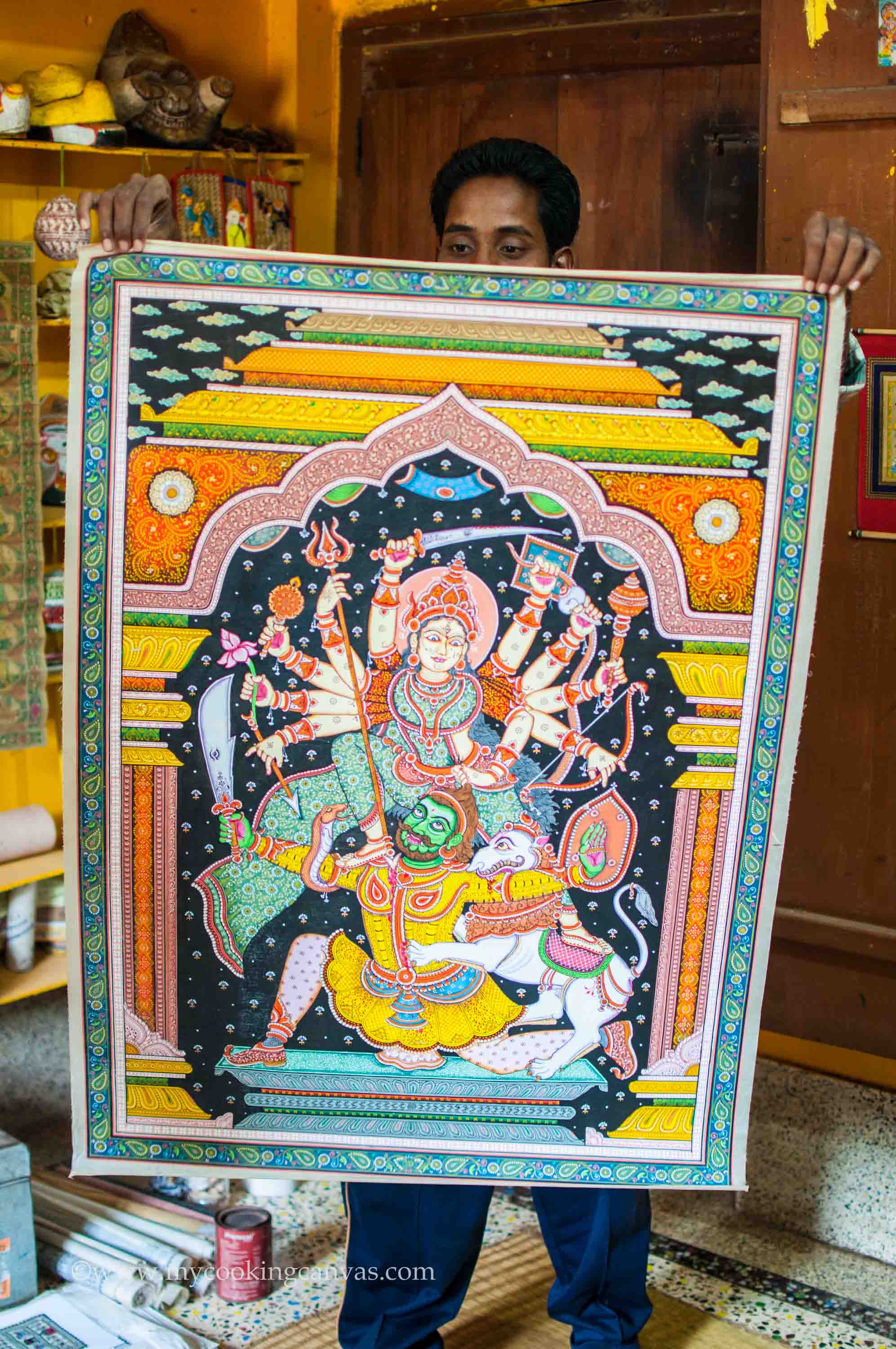 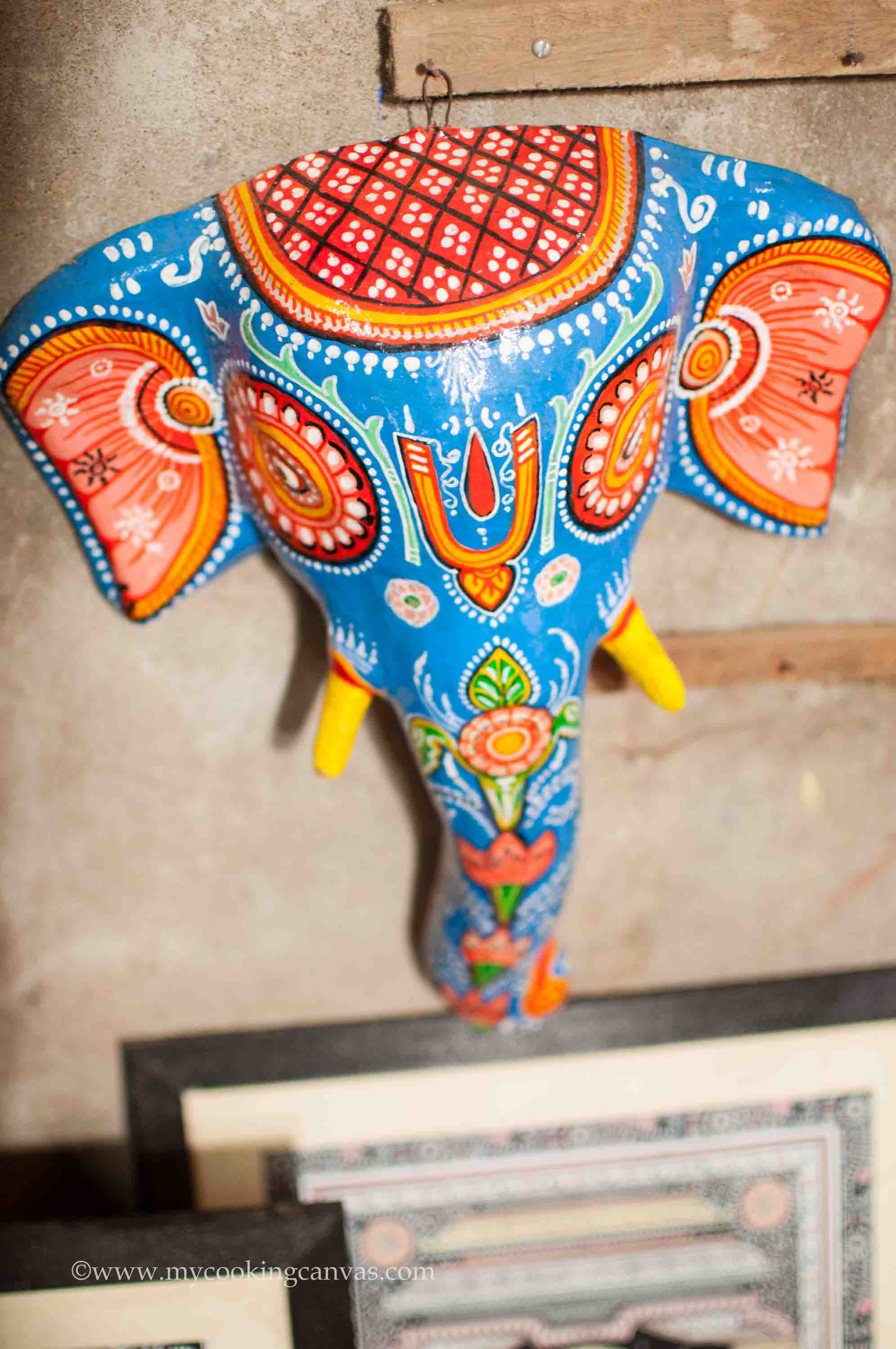 Three dieties of Puri temple Jagannath ,Balabhadra & Subhadra take ritual-bath on debasnana purnima (full-moon day of jyestha month), and become sick for a period of 15 days in Anasara ghara.During this period devotees don’t get the chance to have darshan of them & patachitras of three idols are worshipped at Ratnavedi (which are known as “Anasara Patti”) as a substitution of idols.

Later “Yatri Patti” were sold hugely to the pilgrims coming to puri. It is told that to prepare yatri patti ,artists initailly prepared his color brush

from the thin stick of tree.Later they used buffalo-hair,squirrel hair to make brushes.Palm leaf pattachitra which is known as “Tala-pattachitra”in oriya language is another form of pattachitra where images are traced by using black ink to fill groves etched on rows of equal-sized panels of palm leaf.

This village is also celebrated as the birth place of legend Odissi dancer,guru Lt. Kelucharan Mohapatra, the great exponent of Odissi who had spread the charm of Odissi dance throughout the world.

Honored by Padma Shri,Padma Vibushana and many more such prestigious awards Guru kelucharan passed away on Apr 7th,2004 in Bhubaneswar leaving behind many brilliant performances that created history in Indian Classical Dance.

He says “The real dance must convey the feeling of undivided existence,that a spectator can feel that he is not different from the thing 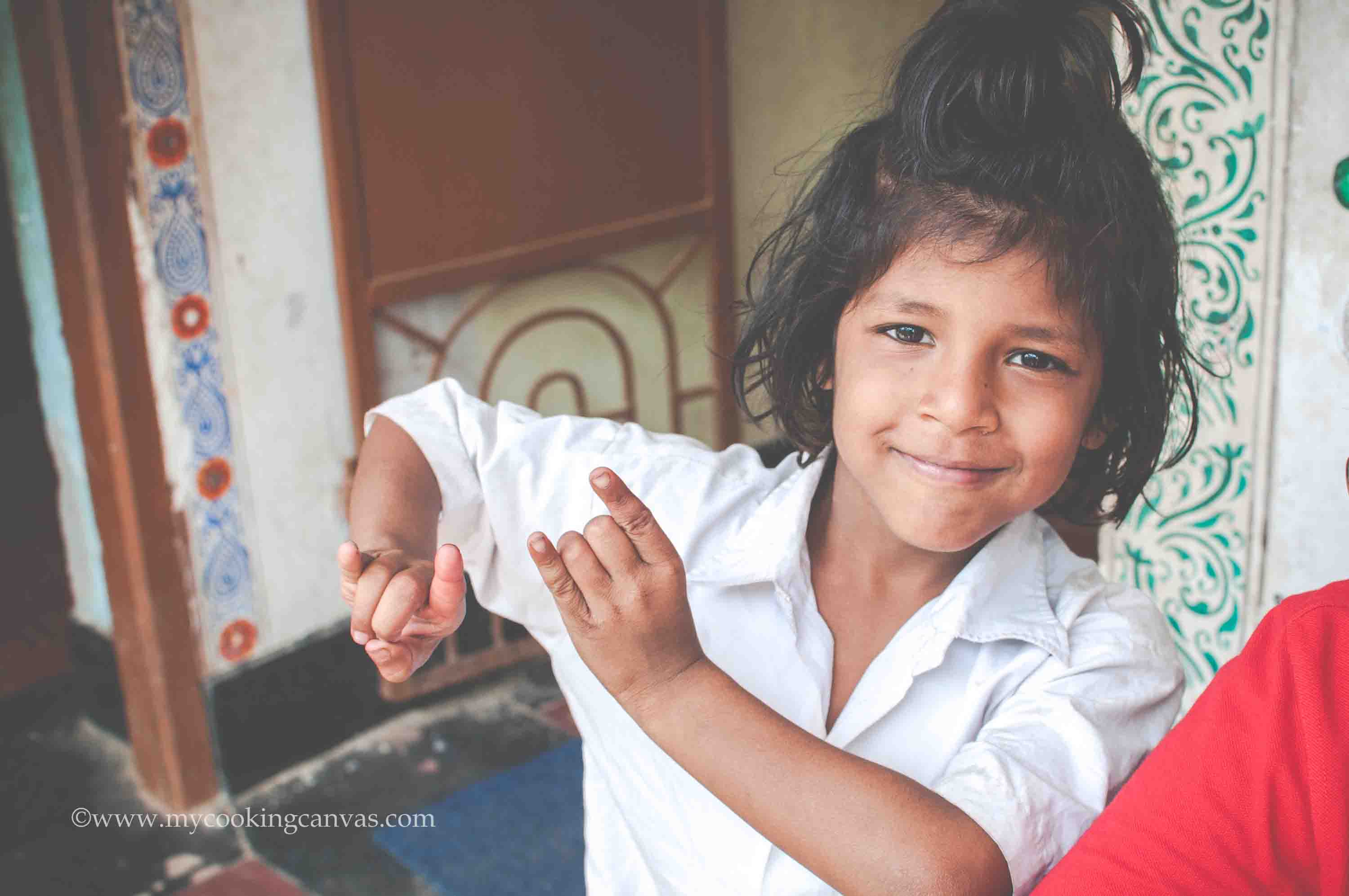 I was uneasy at heart when i had to leave the village after spending few hours ,with a promise to visit it again we returned back Bhubaneswar..the temple city.

HOW TO REACH : This place is around 50 km from Bhubaneswar (Capital of Odisha) on Bhubaneswar-Puri Highway. 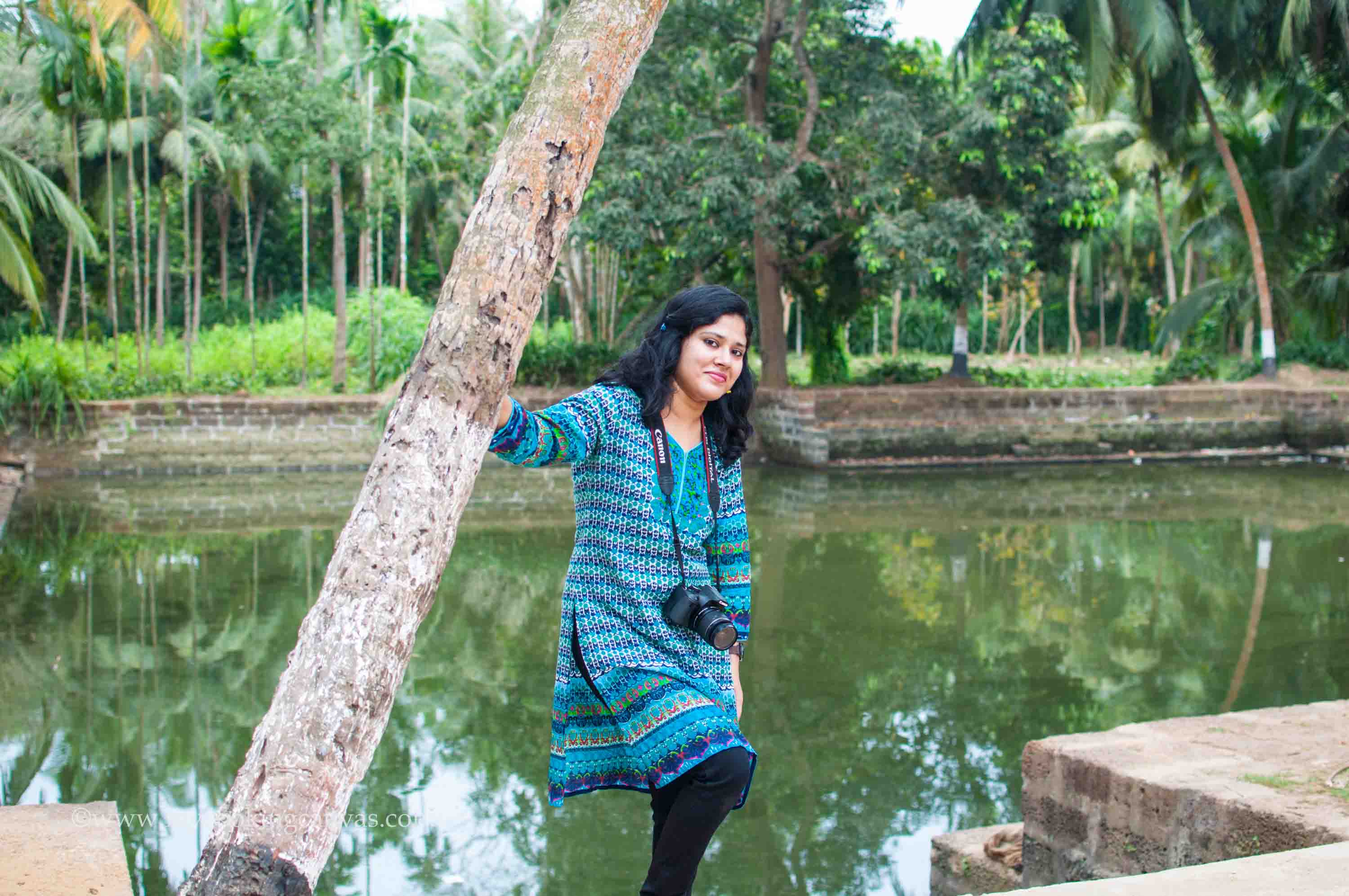