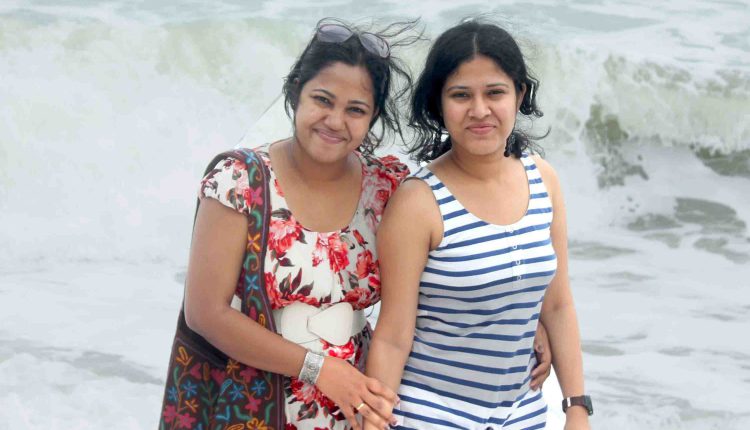 Pondicherry Road Trip was one of such amazing experiences that my words won’t do justice to it. Pondicherry, replete with French influences is indeed a place for a good life & good food. With Sunny, Sandy beaches a place to relax and give your senses a good amount of rest.

Life doesn’t need everything to be planned.It will be full of surprises if you never expect anything at a moment.

It was Friday afternoon,I was sipping a cup of Lemon-grass tea post lunch . New year fever was still on .My sister was busy with her book. Suddenly a thought of Road-Trip to Pondicherry came in my mind. She immediately agreed to that as soon as I shared the plan with her. Pondicherry was in both of our bucket-list.In a span of 7 hours, we were ready to hit the road. 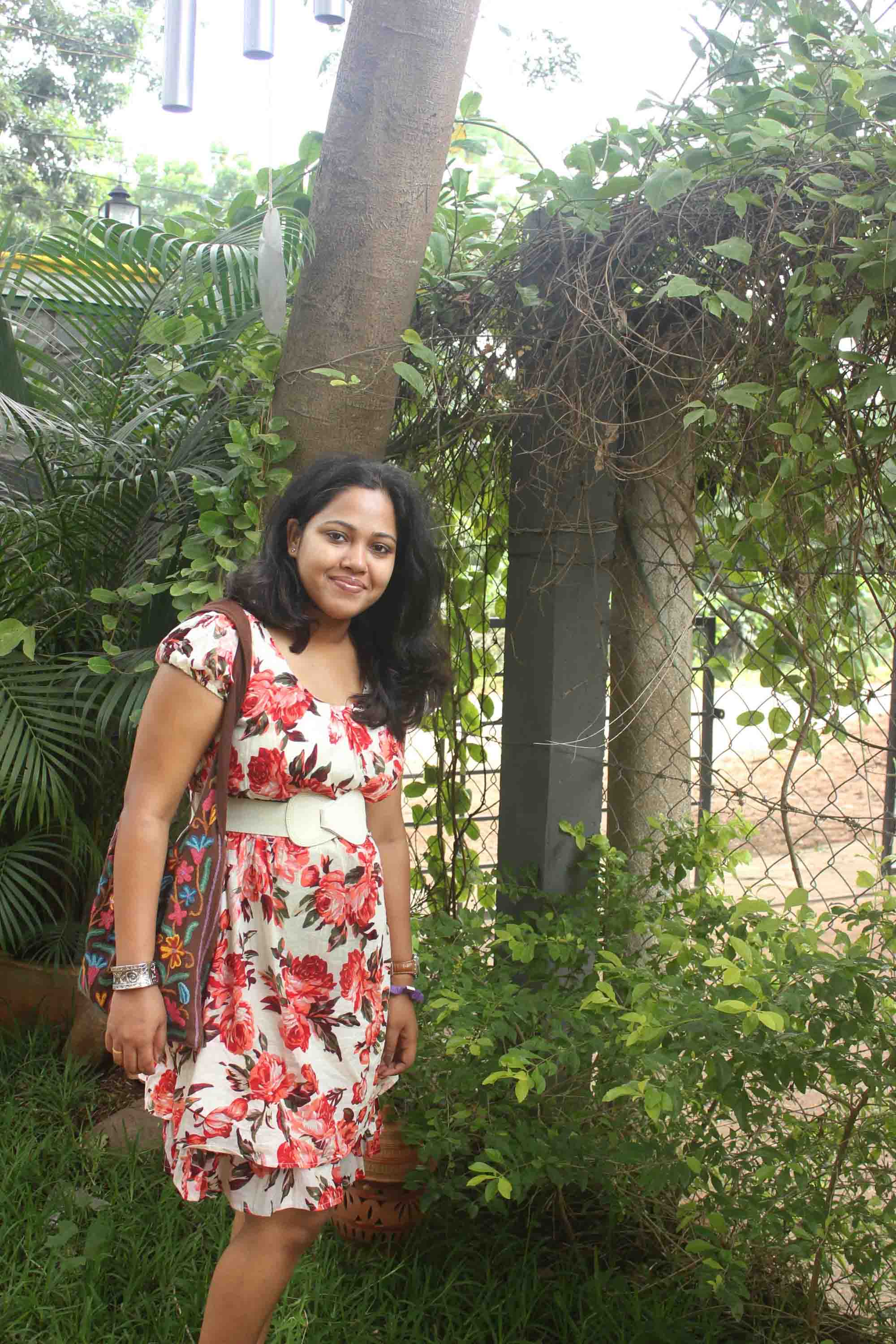 On 3rd January, around 11PM we started from Bangalore and headed towards Electronic City.Night drive has a different charm . After an 80 km drive , we stopped at  McDonald’s for a munch !!

Vellore which was our next tea-break point which is around 215 km from Bangalore. The big copper vessel in a road-side tea stall is easily noticeable.  Milk boiled in that vessel is added to dark tea liquor to prepare a cup of Tea. That aroma is something different and light in taste.After sipping tea with Parle-G biscuit we headed towards Arcot.

The road is little confusing as you take the right turn from NH towards Arcot and sometimes GPS may create confusion. The road was completely lonely after that point. The clock ticks 6′ and we were just entering that part of India which is forever France, Pondicherry !!

We went to Promenade Beach near Ashram. The whole city is at about a walking distance from the beach. A 1.5 km road called the beach road or the Goubert Avenue (Beach road) runs along the beach.

Some of the city’s most important landmarks including the statues of Mahatma Gandhi, Joan of Arc, Dupleix and the city’s war memorial, are located alongside the beach. At the glimpse of the clear sea, I was overwhelmed with joy of a kid.

The climate was pleasant,air was filled with a crisp chillness with a soothing breeze. It was the hour for a morning walk. So I could only see heads with no traffic rules 😉

As we had no prior-booking , we checked all possibility of getting accommodation on the sea-beach Guest-houses.But with no-luck, we left the beach and went towards market area.

We had breakfast there.Many resorts were full as it was the peak season for tourist. Luckily we got accommodation in a home-stay near Auroville.

As I stepped in the campus of Auroville ,I marked a big wind-chain hanging from the tree.The vast Auroville, 12-kilometers north of town, founded by French-born Mirra Alfassa, anointed Divine Mother by Aurobindo himself. After Aurobindo’s death, the Mother’s plan was to manifest in Auroville Aurobindo’s vision in its totality. 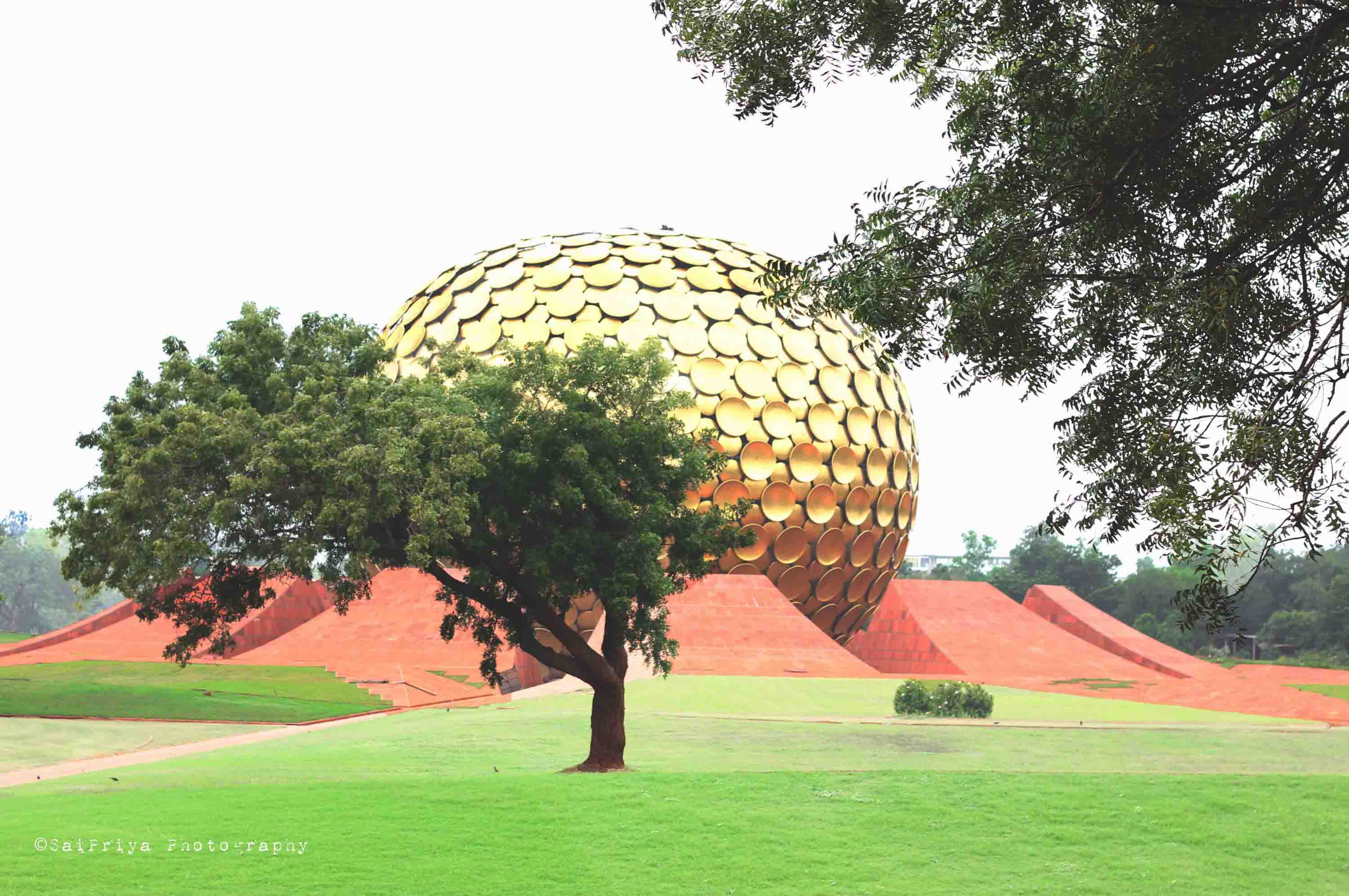 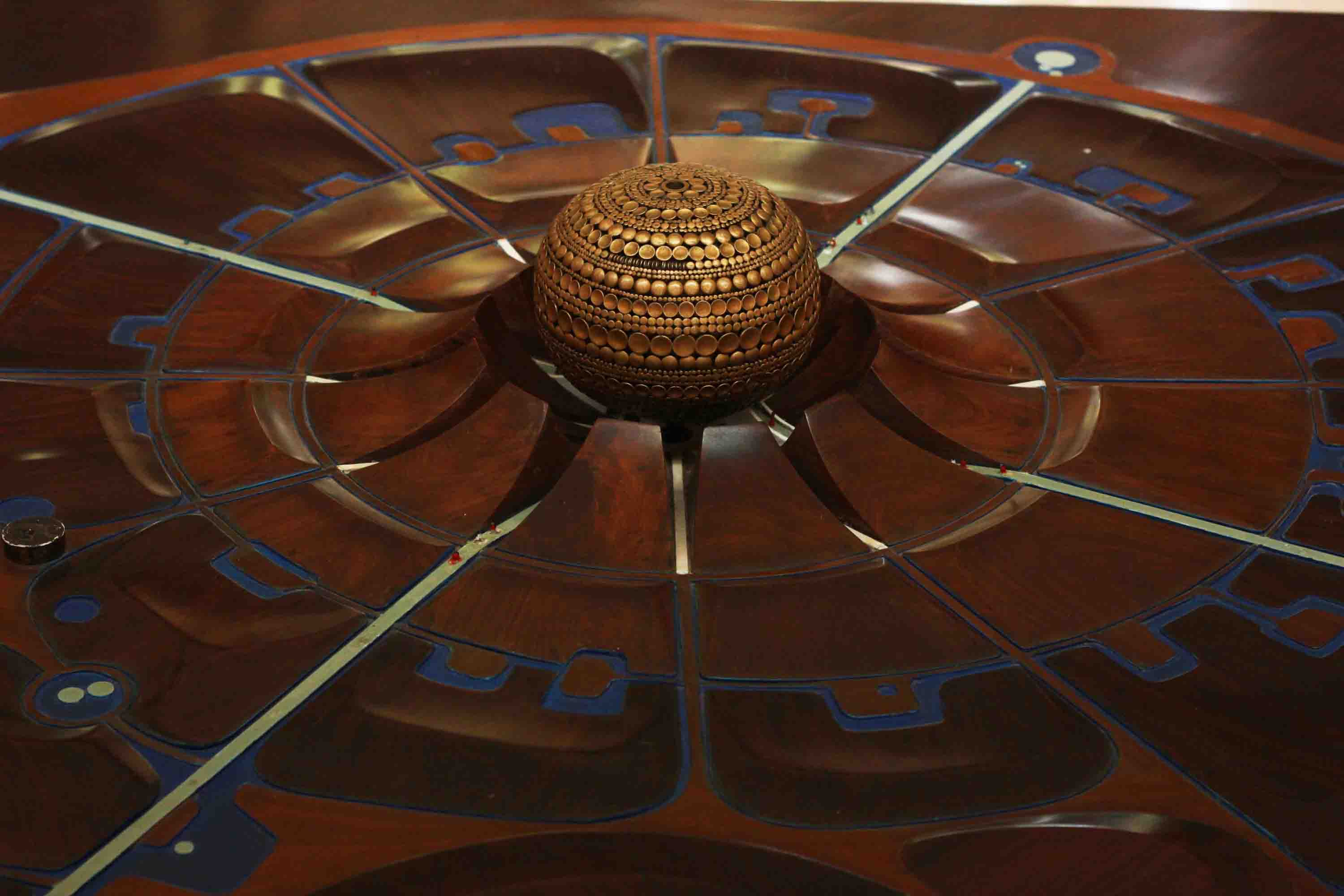 Without wasting a minute, we all rushed to the restaurant .you You can easily find the french-effect in food  as you notice varieties of quiches, tart and brownies and their vegan option. Also you will get non-vegetarian food, unlike other Ashrams I visited before.

After our lunch, we all took the Visitor Free Pass and walked towards MantriMandir. We could not go inside it as you need to apply for that two days prior to your visit. So if you are planning for that your trip must be 3 days long at least.

After walking 1.5km, finally, we saw the huge golden golf-ball shaped matrimandir. Spending a good time there we came back to Auroville ashram and had our Evening Tea.

It was 6 PM and we decided to go to the sea beach.The climate became a little cold and on the beach, we all were trembling 🙂 Enjoyed a cup of cappuccino at Le-cafe which is the only cafe that is right on the sea. 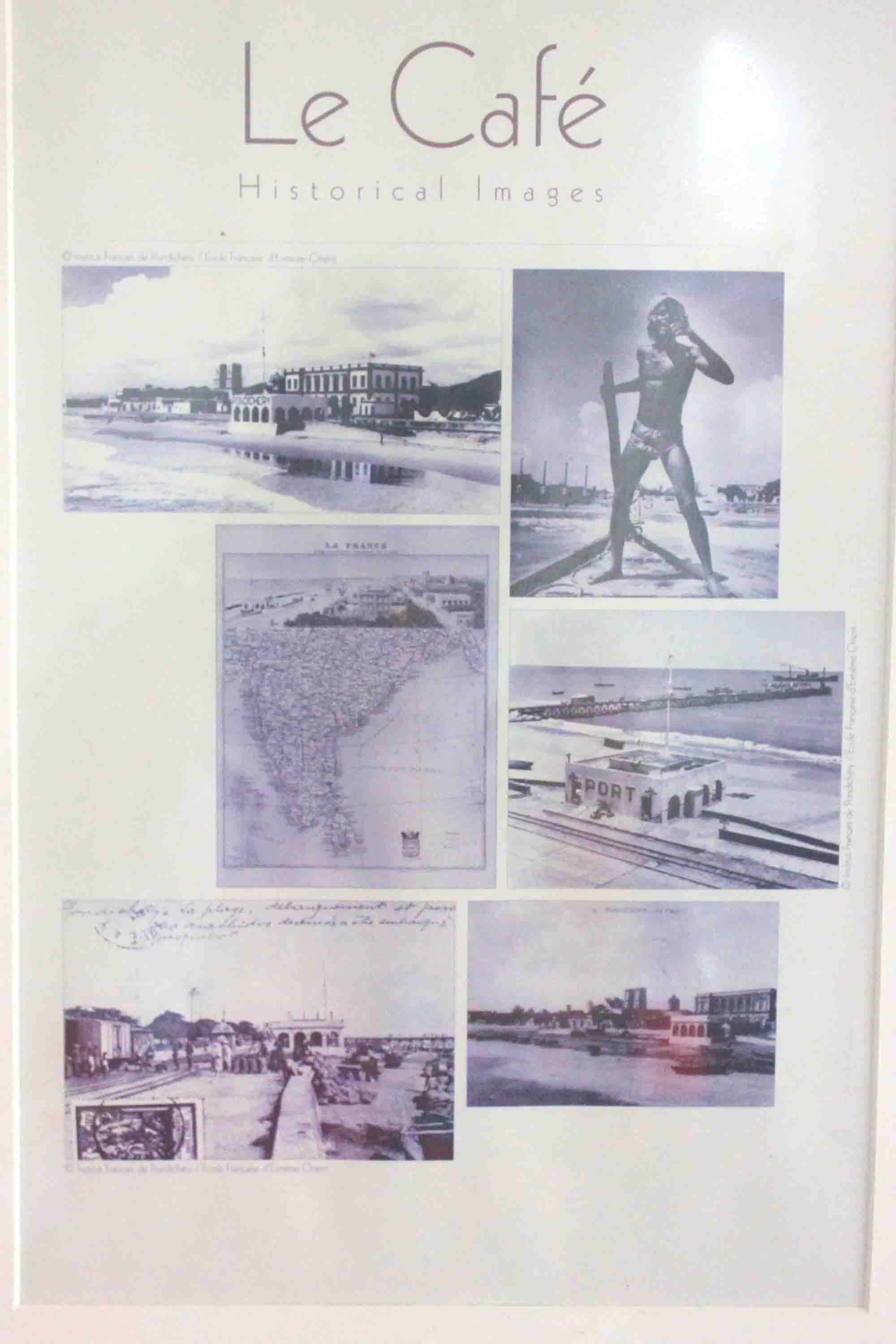 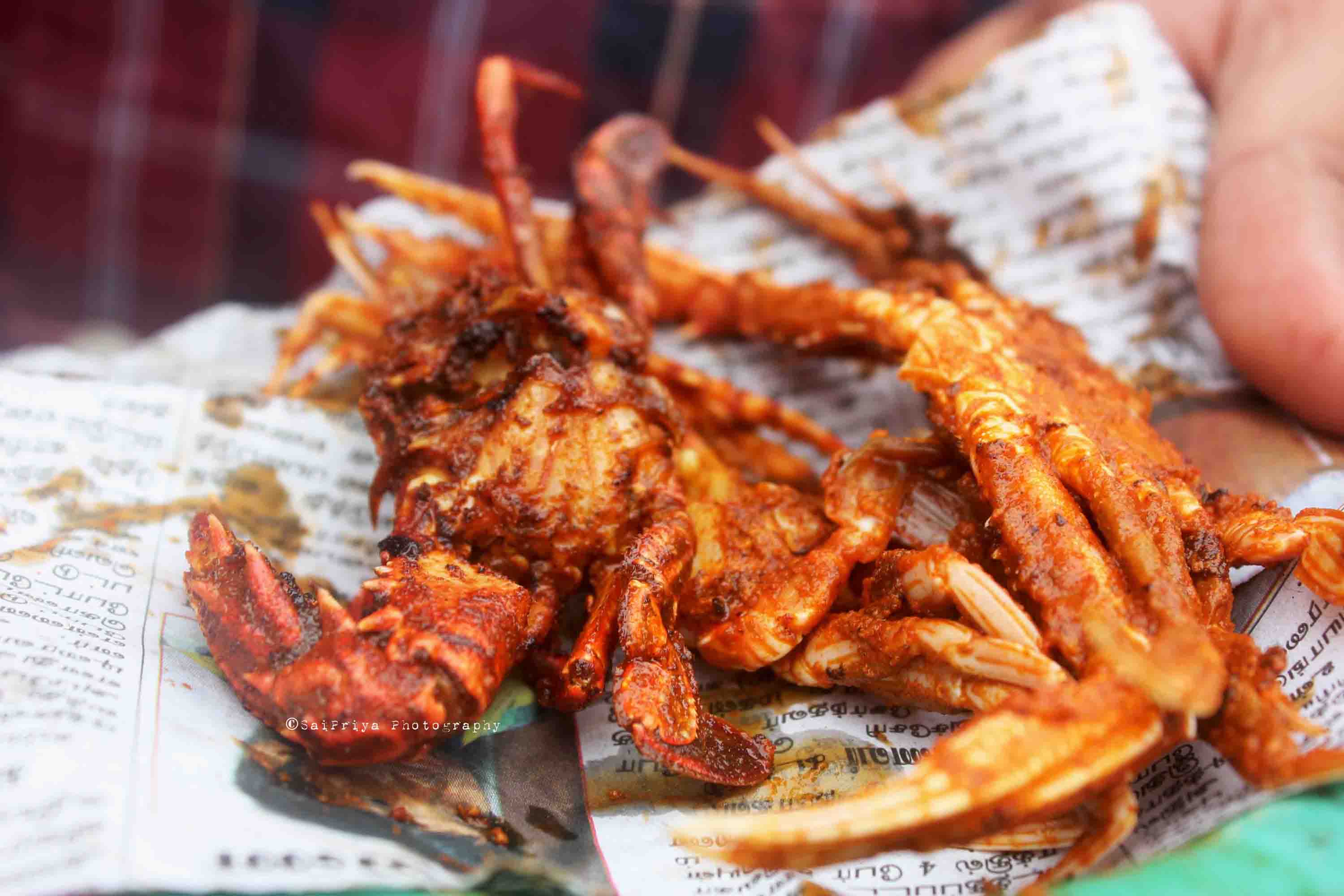 Others may have sea views but they are actually on the other side of the road. The rocky beach will attract you. But you have to waste some time to get a clean place to sit on. It was really disappointing with the scattered garbage on the beach.

My cousin suggested “TANTO” for pizza as he had read some good reviews about the restaurant and fortunately that place was near to our resort.The menu was really tempting, we tried sea-food pizza and paneer-corn pizza.

The Crowd was less.The large size was really large which may enough for 3 people. As we couldn’t realize that and ordered two large pizza, after our dinner we felt like sleeping there .. My only regret is that we were too full to attempt what I am sure were the divine desserts on the menu.

We went to ECR sea beach around 10 AM after a heavy breakfast at the “Farm-fresh” cafe. The cafe was also selling organic stuffs that mostly included Auroville Products.I bought home-made Jam and pea-nut crunchy butter. Food was homemade and I enjoyed the food ending with a cup of coffee.One must try veg-omelet and flower-syrup drink. After that Sunday-brunch we all headed to ECR beach, a beautiful clean beach. After doing a lot of photo shot and enjoying some crab fry we went to Ashram, our last destination before leaving Pondicherry.

As we entered Ashram gate, We walked in an unbroken line into complete silence, kept in line the whole length by volunteers who’d walled up the short distance to the samadhi of Aurobindo, and the Divine Mother. We sat in the verandah to gaze at the samadhi, which was what everybody was doing who wasn’t meditating with eyes closed.

I went into the bookshop, in line again and saw many, many pictures of Aurobindo and the Mother at all times in their lives, I bought some books .We left pondicherry around 4PM after having a cup of filter coffee at “KBS kofi barr”. 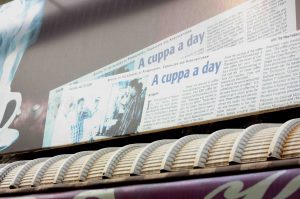 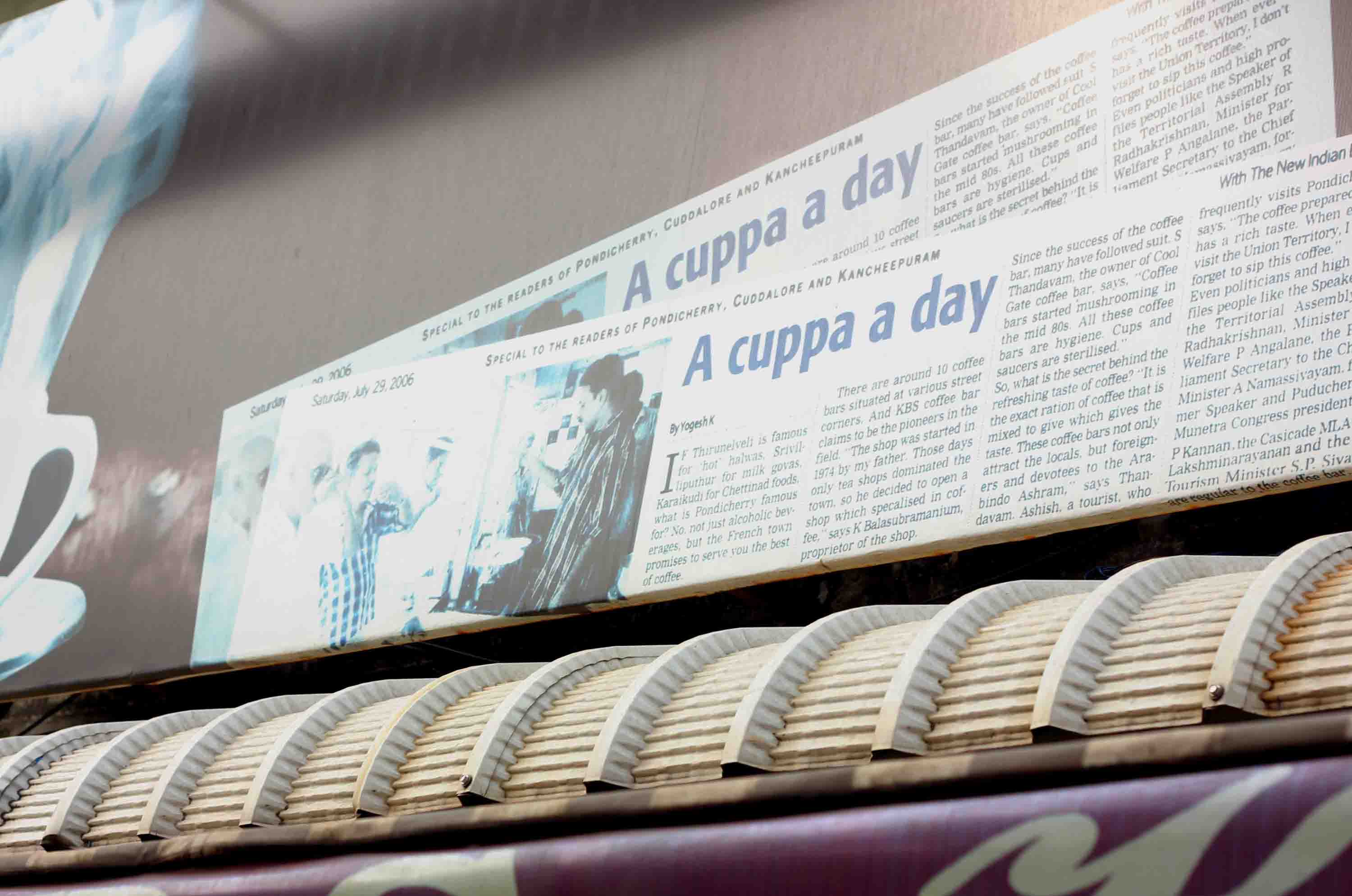 In 2006, Pondicherry became Puducherry – having reverted to its pre-colonial Tamil name. Pondi – as its longterm residents like to call it – is already inflated.There are a number of old and large churches in Pondicherry, most of which were built in the 18th and 19th centuries. A number of heritage buildings and monuments are present around the Promenade Beach. The Children’s Park & Dupleix Statue, Gandhi statue, Nehru Statue, Le Café, French War Memorial, 19th Century Light House, Bharathi Park, Governors Palace, etc.

But I could not cover all the places. I wish I could have some more days to explore Pondicherry. 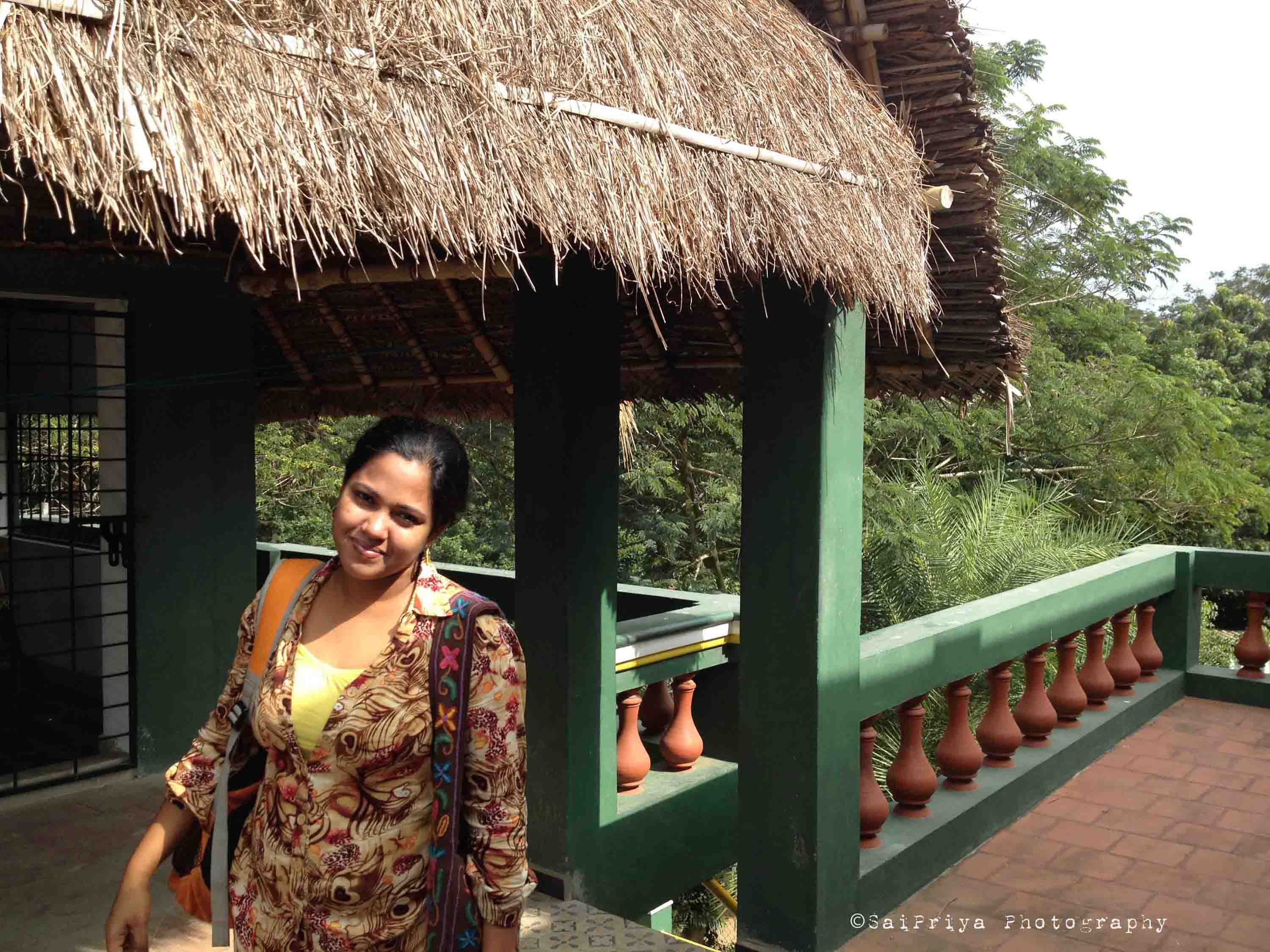 No one realizes how beautiful it is to travel until he comes home and rests his head on his old, familiar pillow.