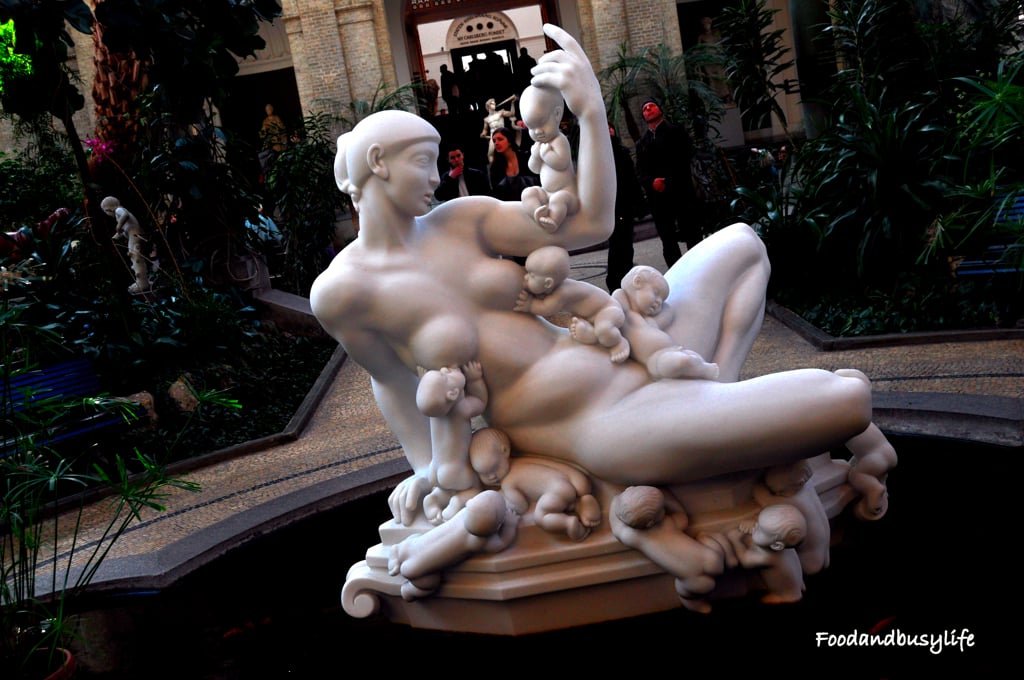 Day at the museum @ Copenhagen

The World is a book, and those who do not travel read only a page.

It was my second weekend alone,far from my country in copenhagen.First week was too hectic ,I flied to Munich in-between for 3 days to attend a Global Seminar on 4G Technology.

Friday night it was raining,so saturday sky was little clear with more day light!!But i was prepare with my plans and listed down the places to cover on friday itself. 😉

The clock ticked 5 PM and all left office except me and my workaholic managers.Somehow i managed to leave by 5.30 PM.It took me Five minute to reach my Hotel.

Google seems to be more than God to me those days. With my Bus Pass and Big Map , I dare to start alone into the un-known streets of copenhagen.

I hardly found people in the bus, but as soon as i reached city central crowd was more.People were enjoying the weather ,though it was 2-3 degree C.

Thorvaldsen’s Museum, the conspicuous and colorful museum building was erected

from 1839-1848 by the Danish Architect M.B. Bindesboll and is one of the finest buildings in Copenhagen, located right next to the parliament building and the canal.

As soon as i entered i saw an arrow mark indicating to keep the baggage in the locker-room.That day the entry was free unlike the other day due to some event 😉 Lucky me!!

There was a sculpture of a mother with many babies around her in the entrance hall ,was dragging each visitor’s first sight.Right there ,three stairs up there was a Cafe besides Museum Shop..

It took me around two hour to cover that two storied building ,though i was not in much detailing to each part.

Spotted many photographers,two of them did a favor to me by capturing me in my D-SLR. 🙂

The artist created over 90 free-standing sculpture, just under 300 reliefs and more than 150 portrait busts. Almost all Thorvaldsen’s works are in Thorvaldsens Museum, mainly as original models,

from which one and often more specimens of the same work have been executed in marble or bronze. Furthermore, the Museum contains drawn and modelled sketches for and casts of Thorvaldsen’s works.

Finally, the Museum contains a number of works in marble, executed either during his lifetime or after his death by other artists in 1844.

The collection of antiquities consists of marble sculptures, vases, bronzes, coins etc. from Egypt, Greece and Italy and

was largely established on the basis of purchases Thorvaldsen made in Rome. Some sculptures were colorful too!!

Finally, the Museum also holds Thorvaldsen’s large collection of books and part of his private possessions such as clothing, decorations, spectacles, snuff boxes,

a flute and several other objects along with some of his tools.

Finally i ended with a cup of Coffee with some yummy cookies.

Next was Strøget, reputedly Europe’s longest pedestrian shopping street.Soon will be sharing with you all 🙂